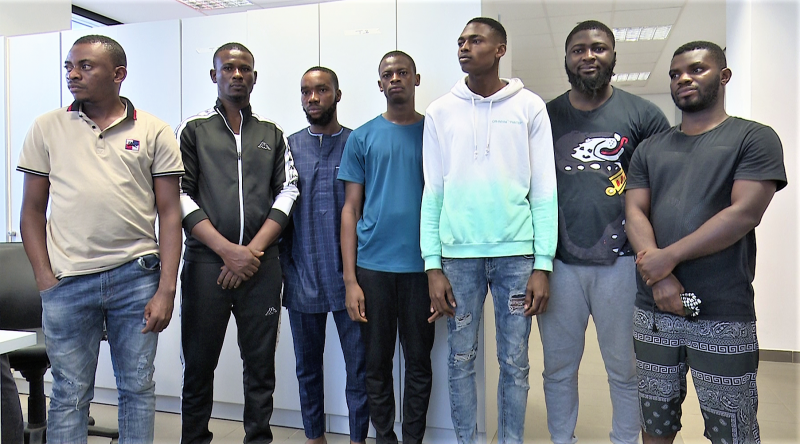 Another 16 suspects were picked up in Imo, part of the multiple raids carried out also in Enugu, Delta and Edo.

The suspects, who were arrested on June 11, had in their possession a Toyota Camry 2018 and a Toyota Corolla, as well as Infinix, Nokia and iPhones mobile phones.

Investigations into their nefarious cyber activities, revealed that they specialized in stealing people’s identities on social media, particularly FaceBook and Instagram. They then use the stolen identities to create fake profiles, using same to establish fraudulent relationships, with the aim of defrauding their victims.

One of the suspects uses phishing as his modus operandi whereby he sends out bulk messages and malware with viruses, which when the target clicks on the message, he is able to gain access into the victim’s information.

Another claimed he goes to the “dark web” to buy hacked logins to look for any business transaction and double crosses the transaction using another account.

One of the suspects confessed to creating over 20 social media accounts.

The operatives had previously arrested another set of internet fraudsters in Enugu State, aged between 20- 26 years. They were arrested at two different locations. Some were arrested in Brick city Estate, Independent Layout and Goshen Estate. They were in possession of three Mercedes Benz, two Lexus and one Avalon, including SIM cards and laptops.

Investigations revealed that they engaged in crypto currency crimes.

A lady, Shalom Hart, 24, and graduate of Ebonyi State University was also arrested for internet fraud. The suspect specialised in posing as Fabian Smith, a writer, a contractor or a soldier from the United States, US, to defraud her victims. She also posed as a businessman and blogger in the name of Stacey Dash.

As part of the mission to rid the country of internet fraud, the operatives in the course of investigations, went on the trail of the fraudsters in four other states – Delta, Edo, Enugu and Imo states.

They were arrested at two different locations in Nekede and Owerri.

Investigations revealed that they disguised as military men from the US or serving in Afghanistan used different pseudo-names, such as Richard David, Anthony Williams, Francis James, Davies to defraud their victims of their hard-earned monies.

Several incriminating items were found on them such as laptops, phones, diabolical items and two vehicles.

They all will soon be charged to court.