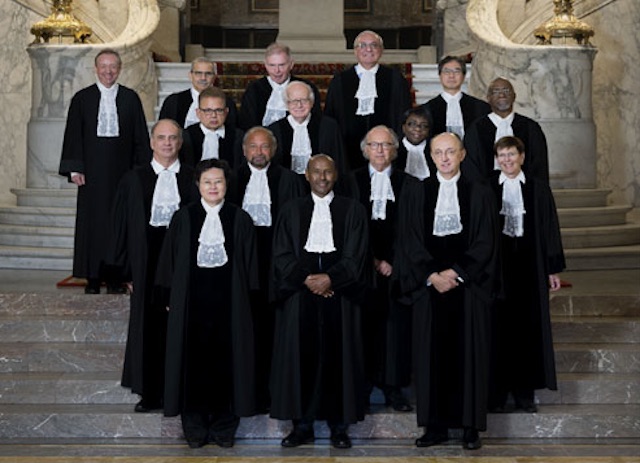 Justices of the International Court of Justice: back Qatar, reject UAE's prayers

The International Court of Justice today denied a request by the United Arab Emirates for special measures against Qatar to relieve a bitter two-year-old crisis.

Abu Dhabi had accused Doha of “aggravating” the dispute, after Doha won a similar case last year over the treatment of its citizens in the row that has convulsed the Gulf.

Qatar has faced an economic and diplomatic boycott since June 2017 by Gulf rivals who accused Doha of backing terrorism and being too close to regional rival Iran.

Chief judge Abdulqawi Ahmed Yusuf said the court “rejects the request for provisional measures submitted by the United Arab Emirates” by a margin of 15 to one.

The measures it asked for were temporary ones while the Hague-based court decides on a wider legal battle between the UAE and Qatar over the blockade.

Last June, in a case brought by Qatar, the ICJ ruled that the UAE must allow families which include Qatari members to be reunited, and that Qatari students must be given the chance to complete their education in the Emirates.

But Abu Dhabi this year went back to court to seek the special measures, including to stop what it alleged was Doha blocking its own citizens from accessing Emirati websites to ease travel issues.

The UAE also specifically asked the ICJ to take measures to tell Qatar to ensure the “non-aggravation of the dispute”.

The Emiratis also accused Qatar of backing terrorist groups including the Islamic State and Al-Qaeda, echoing one of the original allegations by the Gulf allies against Doha.

They further alleged that Qatar used its state-controlled news channels and fake documents to hamper Abu Dhabi’s own efforts to damp down the row, and asked the court to tell Qatar to stop.

Doha has repeatedly denied the claims of its rivals, accusing them of seeking regime change and alleging the UAE broke the 1965 International Convention on the Elimination of All Forms of Racial Discrimination (CERD).