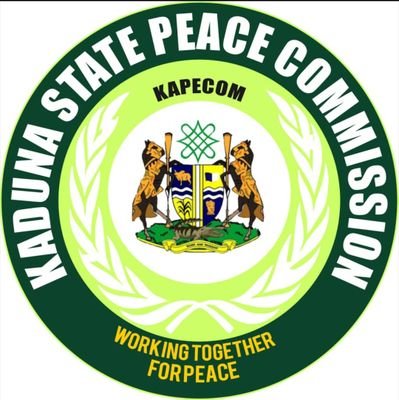 Kaduna State Peace Commission has organised a two day Peace Capacity Building Retreat for the 49 members of Kajuru Truth and Reconciliation Committee, as part of efforts to deepen the search for peace in the crisis prone local government area.

The retreat was organised in partnership with Kajuru Local Government Council.

The Executive Vice Chairman of the Peace Commission, Priscilla Ankut said on Friday in Kaduna at the opening of the retreat that it was focused on building the capacity of the participants on peace mediation and negotiation.

According to her, the 49 members are all respected people, carefully selected by the communities to take on the very difficult and important tasks of leading the area away from its history of violence.

“It is a community led initiative driven by people from Kajuru communities willing to take action for peace,” she said.

Ankut disclosed that the committee had a mandate of completing its task at between six months to one year.

“In peace building we have what is called do no harm, because some times you set out with the right intentions to build peace, but because you have not thought about certain angles and are not fully equipped with certain approach you might end up with the opposite of what you set out to achieve,” she noted.

Ankut therefore urged members of the committee to ensure that, while mapping out their activities, they include all stakeholders.

“You need to carefully identify all the stakeholders and make sure they bring to the table all what is needed.

“For the local government to break from its past and overcome its divisions there is need for all parties to agree on all necessary steps for peace.”

The executive vice chairman added that there was need to continue to be open and engage in learning to deal with differences on ground and overcome tension.

She challenged the peace and reconciliation committee that posterity would judge them, while urging them to take everything seriously and work closely with one another.

On his part, the Chairman, Kajuru LGA, Mr Cafra Caino expressed appreciation to the committee for their effort towards finding lasting reconciliation in the area.

He explained that over hundred steps have been taken to create sustainable peace in Kajuru. adding that more proactive measure will be taken to avert crisis anytime issues arise.

The chairman said he was optimistic that peace would be achieved isoon in the area.

According to him, the state government is planning to inject over N3 billion in rebuilding the Kasuwan Magani market to boost economic activities and create more jobs in the area

“When the market is completed it will be one of its kind in Kaduna State. It would have over 7,000 stores, it will bring economic opportunity to empower our people.

“However, if the communities continue with the crisis all the good projects of the state government will not come to life.

“We want to see a united Kajuru, and making our community safer for greater development,” he added.

Mr Patrick Maigari, Chairman of the Local Reconciliation Committee urged members of the committee and other stakeholders to be part of history by striving to bring sustainable peace to the local government area.

According to him, achieving sustainable peace require patience, perseverance and confidence building.

He therefore called on all communities in the local government to shun violence, ethnicity and religious bigotry and ensure peaceful coexistence.

Maigari appreciated the release of Adara community leaders who were incarcerated over recent crises in the area, saying that the gesture was a key step towards peace building.

He commended the state peace commission for its support to the committee and other engagements to guarantee peace in the crisis prone Kajuru LGA.