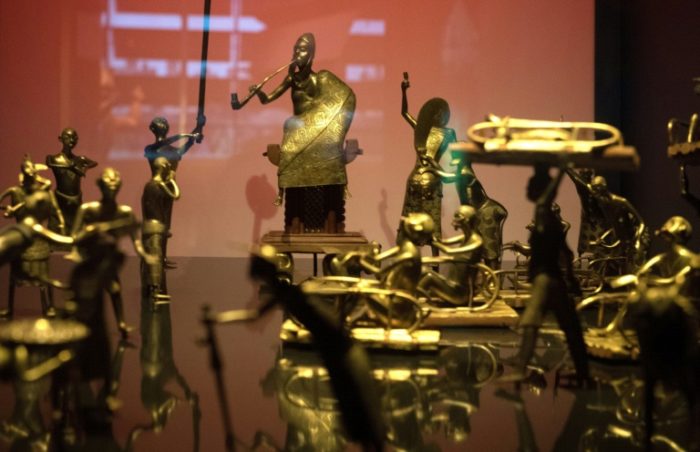 Some of the artefacts from Benin Republic in a French museum

The National Museums and Monuments , Lafia, Nasarawa State, say it is ready to partner with traditional rulers in its campaign to stop demolition of monuments and the selling of artifacts.

The curator of the museum in the state , Mrs Elizabeth Kefas, gave the assurance in an interview with the News Agency of Nigeria (NAN) in Lafia on Saturday.

She expressed concern that monuments and artifacts, regarded as significant in history, were being sold, ignorantly in the state.

According to her, partnering with traditional rulers, who are the custodians of cultures and traditions, and and highly respected by their subjects, will help the museum in its campaign.

The curator explained that the museum served as history-keeping channel to communicate history and cultural heritage through pictorial forms, textbooks, monuments and artifacts for the posterity.

“We have been working hand-in-hand with the traditional rulers as custodians of cultures and traditions.

“We will partner with them as we intensify enlightenment campaign against demolition of monuments and selling of artifacts.

“If you want to get correct history, go to the museum.

“Others hardly keep history but museums keep history for posterity; we have gallery stock with textbooks about cultures as well as artifacts,” she said.

Kefas said the establishment would not relent in the discharge of its constitutional responsibilities, adding that the future of traditions and cultures lied with museums.