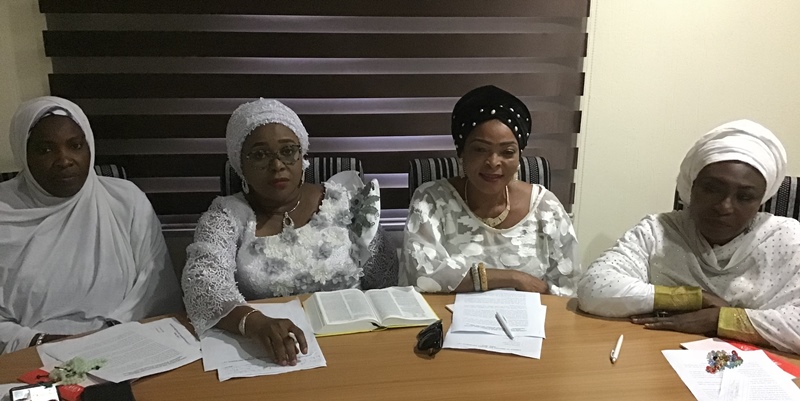 The All Progressives Congress (APC) Women Aspirants Forum has congratulated President Muhammadu Buhari on his successful Democracy Day celebration which followed his inauguration for a second term in office.

The APC Women had embarked on a 21-day fasting and prayer on May 25 to seek God’s intervention against any obstacle that could hinder the President’s Democracy Day celebration and smooth takeoff of his second term.

The National Leader of the forum, Mrs Adedoyin Eshanumi, who led other women aspirants to a thanksgiving prayer on Friday on behalf of the president, noted that God answered their prayers by ensuring that both events were hitch-free.

Eshanumi, who used the occasion of the thanksgiving to seek God’s protection for President Buhari, as he pilots the affairs of the nation for another four years, pleaded for the inclusion of more women to facilitate nation building.

“We pray God to give our dear president the good health, strength and wisdom needed to lead the country to the next level.

“We are about 360 women that contested for different elective positions but only 0.1 per cent scaled through.

“Our dear president promised to include us in his government to show us love the way we have supported him through our votes and prayers and we promise not to let him down, especially as the anti-corruption crusade intensifies,” Eshanumi said.

Mrs Omorede Osifo-Marshal, a former commissioner for Youths and Sports in Edo, who aspired to represent Oredo Federal Constituency in the House of Representatives, said Nigerian women needed 50 per cent of the available appointments in President Buhari’s cabinet.

“We want women ministers, special advisers, board chairmen; we want state governors to make women commissioners and all of that.

“We don’t want the lowest positions; we are women aspirants and we worked very hard to represent our people but at the end of the day, it didn’t work out, some of us were denied our tickets.

“I believe that as a man of integrity, our president will keep his words, not just to the women of Nigeria but to the women aspirants because we have worked for the success of our party,” Osifo-Marshal said.

Mrs Ann Agom-Eze, Senatorial aspirant in Ebonyi South, who also spoke at the event pleaded with the president to give the APC Women Aspirants choice appointments to position them for 2023 election.

“The states that have never produced a Minister should be seriously considered for Ministerial appointments and heads of parastatals. Other women that have the experience should also be included to serve,” she said.

Another aspirant Princess Nkem Igwe, who aspired for the party’s ticket for Ebonyi State House of Assembly, urged the president to carry more women along in his government.

“We have been so marginalised by the men in most of the contests but I thank God almighty for bringing President Buhari back for a second term in office,” she said.