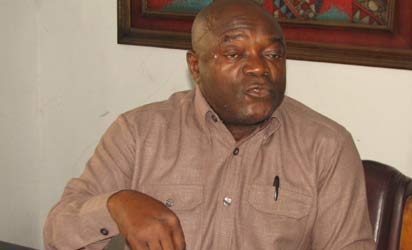 National Democratic Coalition (NADECO) chieftain, Col. Tony Nyiam (retd), has cautioned against what he described as the penchant for twisting the facts about the ‘June 12’ struggle, particularly the roles and contributions of freedom fighters, who laboured for democracy.

He said the story of the epic battle against the military can be told without elevating falsehood and fabrication over and above truth which, he maintained, will remain sacred.

Nyiam, who was a key actor in the Great Ogboru/Gideon Okar coup against military President Ibrahim Babangida before joining the pro-democracy forces, objected to the claims by the late Chief Moshood Abiola’s son, Kola, that Asiwaju Bola Tinubu made some demands from former Military Head of State, Gen. Sani Abacha, to be made administrator, deputy administrator and commissioner in Lagos State.

Decrying what he described as Kola’s reactionary tendencies, the retired soldier said the media statements credited to him were made in bad faith, adding that Tinubu did not compromise his principles during the struggle.

Nyiam said although he had parted with the former Lagos State governor and All Progressives Congress (APC) stalwart four years ago, he decided to set the records straight on Tinubu’s involvement and contributions in good conscience.

In his reckoning, Kola should be grateful to Tinubu and other committed leaders of the democratic struggles instead of disowning their heroic contributions to the cause.

Nyiam said: “Let me begin by saying this: guided by good conscience, and intuition-led reasoning which proceeds therefrom, I will begin with this warning: no matter the temptation we are being tempted with, let no one be as ungrateful to another who sacrificed almost his existential life to work for the persons directly or his immediate family as Chief Kola Abiola has recently done to Asiwaju Bola Ahmed Tinubu.

“In spite of my personal disappointment with Asiwaju, I cannot be a witness to Kola Abiola’s ungratefulness to the lowest depth. We need to set the record straight. It is noteworthy to see that I have for over four years distanced myself from my hitherto close friend, Asiwaju. Those who are close to Asiwaju and my humble self know that.

“Chief Kola Abiola’s questioning of the integrity of Senator Bola Ahmed Tinubu’s early support for his father, Chief MKO Abiola, on doubtful demand from Gen. Sani Abacha is completely unnecessary and so uncalled for. To what end is Kola’s negative observation directed? Who is Kola Abiola trying this lie to give comfort to?”

The NADECO chieftain, however, noted that Kola Abiola is unlike Ambassador Baba Gana Kingibe, who is trying to shift the spotlight on his June 12 commission or omission.

He said: “The reference to the intelligence community by the ambassador stems from the outing of himself as an informant of what or who. Kingibe is shielding himself from the defence of the grievous allegation that he was the most dangerous betrayer of Chief MKO Abiola.

“Baba Gana Kingibe adopted diversionary tactics by saying that Gen. Olusegun Obasanjo knew about the annulment of the June 12, 1993 presidential election. And so what? This begs the question on the sincerity of the so-called spy master during the June 12 tragedy.

“There is also the allegation that the dagger-drawn Kanuri man was the one who misled Gen. Muhammadu Buhari most. This allegation still needs to be defended instead of diverting attention to ‘Obasanjo did this and that.’

“Every devilish statecraft technique must in the name of Allah be rejected by President Muhammadu Buhari. Nigerians have experienced enough of extra-judicial killings in a bid to preserve one’s political power.”

Nyiam maintained that Kola’s unnecessary negative observation on Asiwaju Bola Tinubu underscored his lack of knowledge of the true facts and records, pointing out that his views ran contrary to his father’s commendation of Tinubu at the time in question.

He recalled that during the dark moments of the struggle, he worked actively with Tinubu at the instance of the late winner of the historic election.

Nyiam said: “It was actually at Kola Abiola’s father, Chief MKO Abiola’s instance that I was first introduced to Tinubu. Chief MKO was full of praises for Senator Bola Tinubu and said that I and Tinubu will work well together.

“All these happened in Chief MKO Abiola’s London home. It was in the presence of the former Nigeria Bar Association (NBA) chairman, the late Alao Aka-Bashorun. This was when MKO flew to London to re-energise his international connection.

“Like MKO had commended Senator Bola Ahmed Tinubu’s role in support of June 12 cause, apart from Prof. Wole Soyinka, who contributed through his leadership of NALICON and gave us a link to the leaders of Norway, Canada, followed by Gen. Alani Akinrinade and, of course, the leader of all of us, Chief Anthony Enahoro, no one else had more contributions than Asiwaju.”

The retired soldier said Tinubu sold some property to get funds for the pro-democracy project in the United Kingdom and sponsored many activities that shook the military regime of Gen. Sani Abacha.

He stressed: “I was a witness to Bola Ahmed Tinubu’s selling of his London property for the struggle. In fact, the last one he sold was the one which his uncle, Wale Tinubu’s father and former Police Commissioner, gave him to manage while he was on exile.

“The property in London, Tinubu sold it. What was left for Tinubu was his own flat in London where we used to visit.

“The real operative activities against Sani Abacha were numerous. From Western Europe and North America, Tinubu was involved. Tinubu organised and funded the training of our men, ‘SAS’ agents.

“Tinubu funded my trips to meet with Y. Museveni in Uganda; to take advantage of MKO’s goodwill. Museveni was ready to train our chaps. I went to see the Chief of Army Staff of Uganda. All that was funded by Tinubu.

“Tinubu was reliable during the pro-democracy action against Gen. Sani Abacha’s dictatorial rule. That reliability is unchallengeable. If you doubt me, you can ask the present governor of Ekiti. Most of the funding for Radio Kudirat came from Tinubu through Ola Soyinka, son of Prof. Wole Soyinka. And I can say that Tinubu’s other son can also bear witness to that.

“The internationally eminent professor, Segun Gbadegesin, can testify to Tinubu’s support for those operations in the United States of America.”

Nyiam recalled that there was a similar allegation of betrayal against him by one of Abiola’s daughters, adding that the late symbol of the struggle did not believe it.

He said: “I myself was once accused by one of Chief MKO’s daughters that I was working for Gen. Sani Abacha. This allegation against my person to the British Authorities was debunked by an unexpected official of the then Federal Government.

“I go to know this through Chief MKO Abiola’s United Kingdom business manager, a gentleman. He told me, and this was confirmed by the person. And the person who brought up the allegation was the High Commissioner, His Excellency, Alhaji A. A. Abubakar. I told them it cannot be Col. Tony Nyiam.

“My Nigerian Defence Academy combatant mate, His Royal Majesty, the Emir of Gwandu, Alhaji Mustapha Jokolo, His Excellency Tripple A, by virtue of being a true descendant of Dan Fodio, will always speak the truth. They did not believe it.”

Nyiam said those who risked their lives during the period deserved commendation and not condemnation, adding that their names will be written in gold.

He added: “I have nothing to do with Tinubu, but it will be against my conscience to see him being disowned despite his sacrifices.

“Apart from Gen. Alani Akinrinade, Tinubu made so much sacrifice. So was Beko Ransom-Kuti. So was Governor Kayode Fayemi. He was a young man then; younger than all of us. He did so much.

“There was also from Canada the reliable Otunba Jumoke and Ralph Obiora.

“Kola Abiola appears too sunk in worldliness to appreciate the principles and sacrifices MKO manifested, including the ultimate sacrifices made by all of us for June 12. Two come to mind: the very resourceful Engineeer Nelson and Dr. Omotoso, who died in the pro-democracy action, deserve immortalisation by a true progressive government.

“I can tell you that Kola has always been reactionary and often acted in ways that undermined MKO’s cause. I tell you of a real life story pertaining to ‘The Concord’ owned by his father. I am aware that at some point in 1999 after the restoration of democracy on May 29, and Tinubu had assumed office as Lagos State governor, the Concord management, led by Dr. (Mrs) Doyin Abiola, needed N25 million to fully recapitalise the operations of Concord Press after five years of subversion by the Abacha junta.

“The deal was almost concluded, only for the same Kola to come and place a caveat emptor in the newspapers suddenly against the sale of the generator by Concord management to the Lagos State Government, thereby leaving Concord to continue to suffer in serious financial difficulties.

“No surprise, it did not take long before Concord finally went under. These are historical facts.”

Culled from The Nation