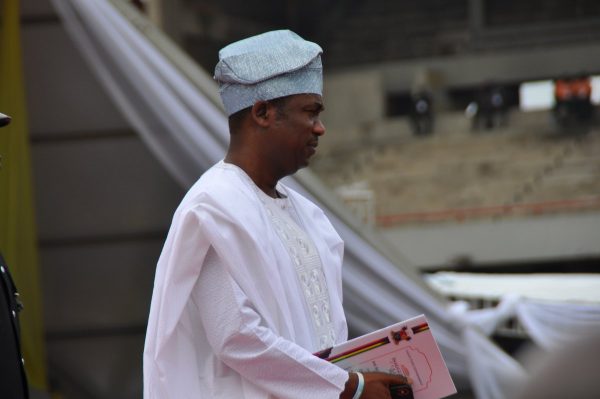 The Deputy Governor of Lagos State, Dr Obafemi Hamzat, on Saturday said the state government was positioning the state as a technology talent hub for the world through training and job placement.
He made the assurance at an Engineering Summit Africa, organised by the engineering students of Lagos State University (LASU) in Lagos.

The theme of the summit is, “Engineering, Technology and Economic Growth: A Global View”.

Hamzat said that the Gov. Babajide Sanwo-Olu’s administration was convinced that an easy way to boost the Lagos economy was to invest in engineering, technology and innovation.

According to him, the state government is aware that there is a skill deficiency in Africa, and the Sanwo-Olu’s administration is willing to close it with talents in Lagos.

“Any responsible government will be alarmed by the number of youth unemployment and make sure it is a top priority.

“This is why we are speaking with the private sector now on positioning Lagos as a technology talent pipeline for the world through training and job placement.

“Our plan is to train 1,000 youths (working population) on how to code every year and produce entry and intermediate level skills set for the world to recruit from.

“Lagos can reinvent itself; we can be the largest exporter of engineers and or technology.

“We can be the largest software exporter in the world; we can as well be the largest health technology developer. We can do it, if we are all invested and proactive,” he said.