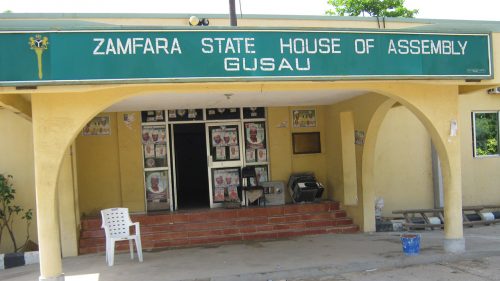 Alhaji Nasiru Magarya, Speaker, Zamfara House of Assembly, has decried the poor state of the assembly complex, describing the situation as “appalling, worrisome and unacceptable”.

Magarya, in a statement by his Press Secretary, Malam Mustafa Jafaru, particularly expressed surprise at the dilapidated state of the committee rooms, library, members’ lodges and offices, and the clinic.

“The state of the house clinic is just amazing; it has been turned into a refuse dump,” the statement, made available to newsmen on Friday in Gusau, quoted Magarya as lamenting.

It also quoted Magarya as saying that he would invite Gov Alhaji Bello Matawalle to visit the complex to see things for himself.

Magarya was further quoted as blaming the leadership of the 5th assembly for the rot, while promising to appropriate funds to rehabilitate the facilities and replace obsolete structures.

The Speaker was accompanied on the inspection tour of facilities at the complex by the Clerk of the house, Alhaji Isah Bayero.