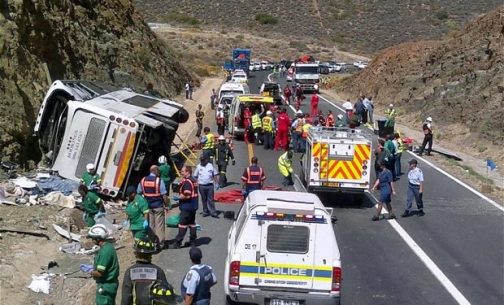 A fatal accident which occurred Monday in north-east South Africa claimed the lives of 24 occupants of a passenger bus and a smaller transport vehicle collided.

The South African police said four others sustained serious injuries when the vehicles crashed head-on in the town of Modjadjiskloof in Limpopo province, provincial police spokesman, Moatshe Ngoepe, said in a statement.

Police are investigating the cause of the accident and had laid a charge of culpable homicide against the drivers, according to the statement.

Authorities were still in the process of identifying those killed in the accident, the statement said.

Road accidents are common in South Africa and many other African nations due to reckless driving and poor conditions of public transport vehicles and roads.