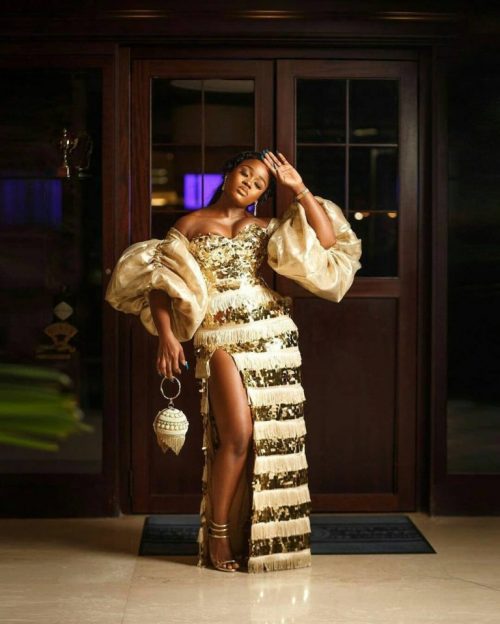 CeeC Nwadiora at the premiere

Bling couture pieces filled the red carpet as celebrities turned out in their numbers for the premiere of new movie, ‘The Bling Lagosians’.

News Agency of Nigeria (NAN) reports that celebrities stayed true to the theme of the movie ‘Eko For Show’ following the styling of the film’s characters.

The movie is the directorial debut of Bolanle Austen-Peters and will be out in cinemas on June 28.

‘The Bling Lagosians’ tells the story of the affluent, brash, flamboyant, audacious and over the top lifestyle of Lagosians.

NAN reports that the movie shows the lifestyle of a Lagos family that is presently living in their past glory.

Although they are not as wealthy as they once were, they still want to maintain the lifestyle they used to live.

They want to host the talk of town parties, wear the best designers and ride the fastest of cars, even if it means wallowing in debt.

This movie is intended to show how people go the extreme to keep up appearances in society.