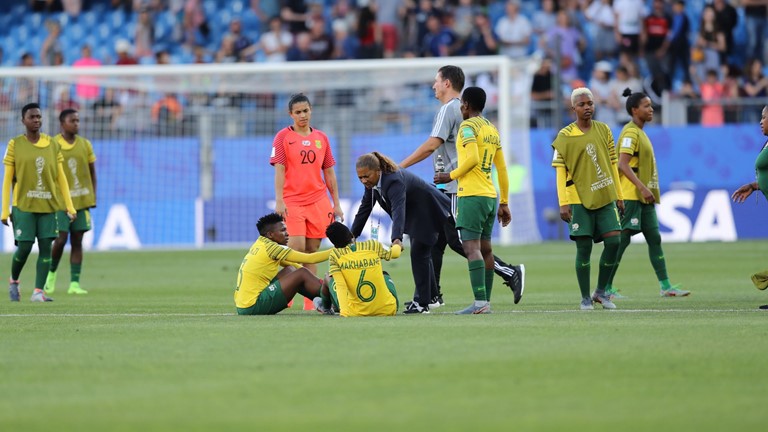 FIFA has tweeted an emotional farewell to the Bayana Bayana, the women’s team of South Africa who made their debut in the Women’s World Cup in France.

The world football governing body also thanked them “Thank you for your huge contribution to the tournament in your debut!”

The South Africans lost their three Group B matches without registering a point. They however had a goal registered when they met Spain and played 1-3. They also narrowly lost to China 0-1

They lost their third match on Monday to Germany 0-4.

We today say farewell to the #FIFAWWC to @Banyana_Banyana 🇿🇦

In the same Group B, Spain also earned an automatic qualification for the Round of 16, though tied with China on four points. The Spanish had a superior goal difference with the third placed China.