Gbajabiamila, Osinbajo: When No. 4 visits No.2 (Photos) 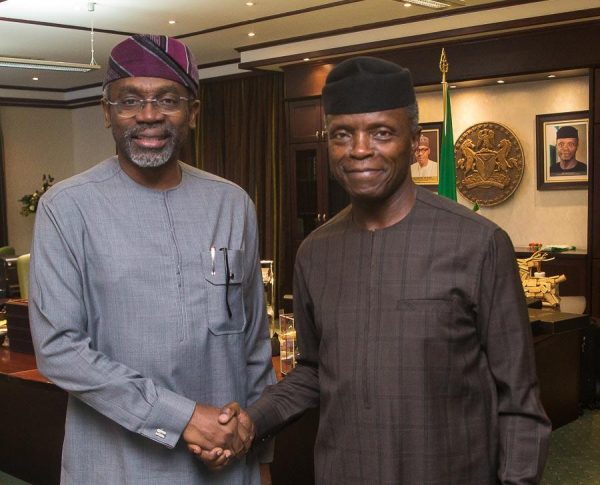 It’s a meeting of Number 2 and number 4 citizens, according to ‘protocol’.

Gbajabiamila told newsmen thereafter, that his meeting with the Vice President was official.

“It’s official and any meeting with the Vice President is relevant. It is about the economy and how to move the country forward, charting a road map about how to confront the problems that are facing Nigeria today. So these were the issues we discussed. It wasn’t a personal meeting but you can call it a hybrid – between the personal and official but mostly it’s official. How the executive and the legislature can collaborate to make life better for Nigeria and Nigerians.”

On what to expect from his leadership of the lower house, the speaker said: “Stay tuned, you’ve heard my inaugural speech. We are going to do things differently. We are going to build on whatever the achievements are of the Eight assembly, and it’s going to be a reformed house. Like I have said, the reform will be dished out in piece meal so as not to shock the system. But they will be reforms that will be for the benefit of the country. We expect the cooperation of all facets of government, including the executive and you – the journalists and including our constituents.