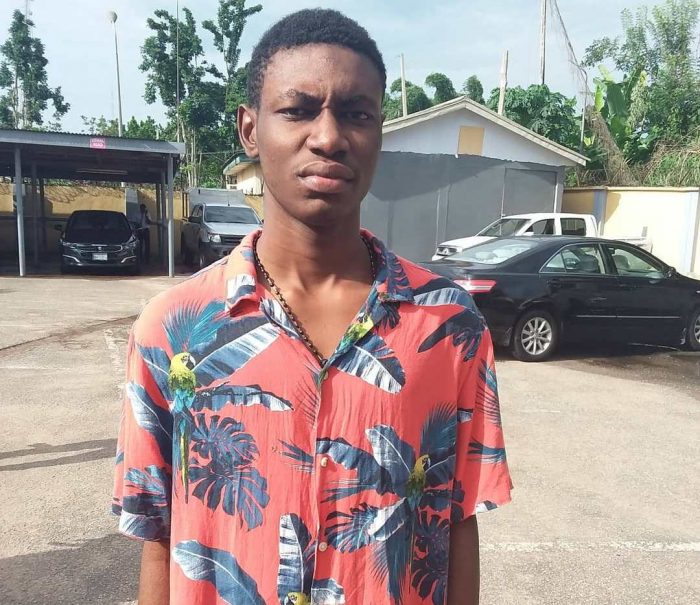 Gabriel was convicted on a three count charge of impersonation and intent to defraud through the internet contrary to Section 22(2)(b)(ii) of the Cyber crime (prohibition, prevention etc) Act 2015 and punishable under Section 22(2)(b)(IV)) of the same Act .

Gabriel who at various times presented himself as Mathew Swan, Mathew Chang, David Wong, Richard Swan and Mark Peter was alleged to have, with intent to defraud sent electronic messages to one Candy Selfie, an American lady in order to hoodwinked her.

One of the counts reads: “That you Akhibge Gabriel (a.k.a Mathew Aswan, Mathew Chang , David Wong, Richard Swan and Mark Peter) sometime between 2018 and 2019 at Uromi within the jurisdiction of this Honourable Court did fraudulently impersonate the identity of one Michael Chan by sending an American picture to Candy Selfie a lady in America through the internet which picture and identity you claim to be our own with the intent to obtain money from her, and you thereby committed an offence contrary to Section 22 (2)(b)(ii) of the Cybercrime (Prohibition Prevention etc) Act, 2015 and punishable under Section 22 (2)(b)(IV) of the same Act”.

Akhibge pleaded guilty to the charge when it was read to him.

Based on his plea, the prosecution counsel, F.A. Jirbo preyed the court to sentence and convict the defendant as contained in the plea bargain agreement. .

However, the defence counsel, Peter Asemota pleaded with the court to temper justice with mercy as his client was a first time offender, a youth who has become remorseful and has promised never to go back to the crime.