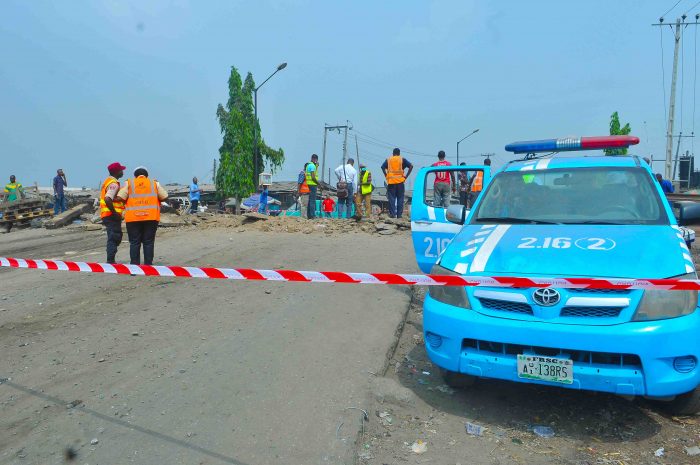 Members of the FRSC at the scene of the train accident

The Ogun State Command of the Federal Road Safety Corps (FRSC) has advised motorists to have attitudinal change by obeying traffic rules to reduce road accidents in the country.

Sector Commander for the state, Mr Clement Oladele, gave the advice in an interview with the News Agency of Nigeria (NAN) in Ota, Ogun, on Monday.

Oladele said that most accidents on the roads were caused by human error.

He attributed the accident that claimed lives of eight returnees from Spain and injured 12 people on June 12, at the Sagamu interchange on Lagos-Ibadan Expressway to human error, saying the accident was “avoidable’’.

According to him, “It is really unfortunate that exactly a year, another disaster happened at the same spot.

“In reminiscence, whenever I remembered this unfortunate incident, I visualised what those men and women would have contributed to humanity if death had not snatched them untimely from their loved ones.

“While wishing them eternal rest in the bosom of the Lord, I commiserate with their families and pray for God’s strength to enable them bear the unfortunate loss,’’ he said.