Super Falcons can still qualify for Round of 16, first time in 20 years 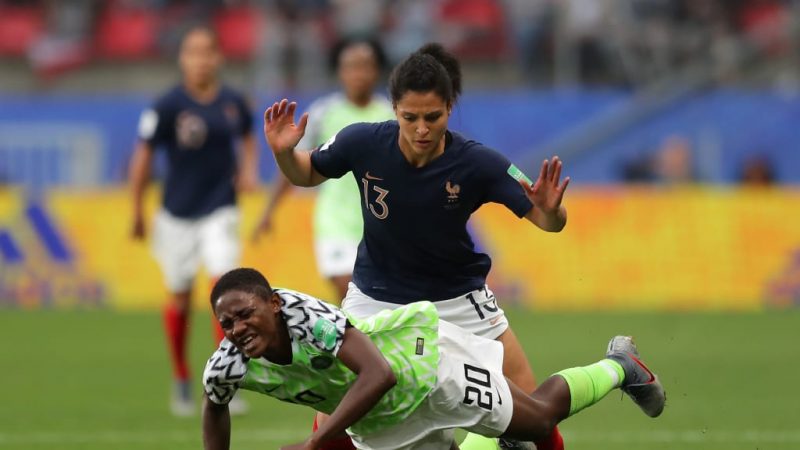 Gritty match: A Super Falcons player and a French player

Nigeria’s Super Falcons and their handlers are now gripped with anxiety as they await news as to whether they will progress into the Round of 16.

Nigeria finished their in Group A with three points, behind Norway and leaders France. They also had a minus two goal difference from the three matches they played.

But now they will have to await the results in groups C, D, E and F to know whether they would qualify for the next round, for the first time in 20 years.

China, third in Group B would qualify ahead of Nigeria as they made four points and zero goal difference.

The Nigerian ladies were hoping to take a point off France in the match at Rennes until the foul in the 75th minute changed the tenor of the game.

Ngozi Ebere who committed the foul got a red card, with France’s Wendie Renard scoring the resulting penalty after two attempts.

Reduced to 10 women, the Nigerians still maintained tactical discipline in the defence to contain the attacking French women.