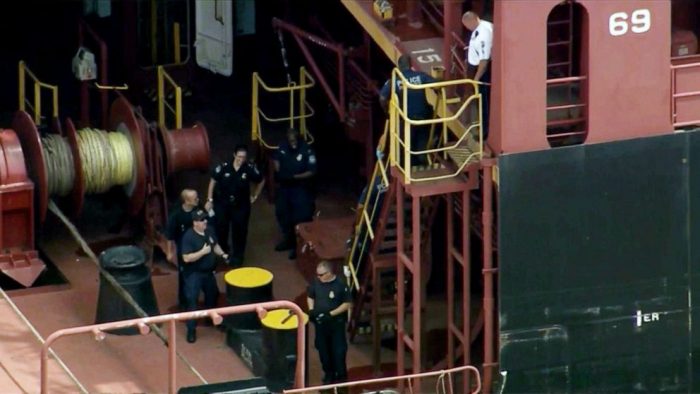 US officials have seized approximately 16.5 tons of cocaine from a large ship, MSC Gayane, docked at the Packer Marine Terminal in Philadelphia, Pennsylvania.

The ship from Chile was headed to Europe when the drugs were found at the Packer Marine Terminal.

The drugs were concealed in seven containers aboard the boat, an ABC News report said.

The haul is estimated to be valued at over $1 billion on the street, according to a statement from the US Attorney’s Office, Eastern District of Pennsylvania.

The development appeared to be the largest drug seizure in the history of the Eastern District of Pennsylvania, according to the statement posted on Twitter.

​In another tweet, the US Attorney’s Office informed that members of the ship’s crew have been arrested and federally charged, noting that the investigation is on-going.

According to a CBS News report, the drugs were removed from the vessel and taken to an undisclosed federal facility for investigation.