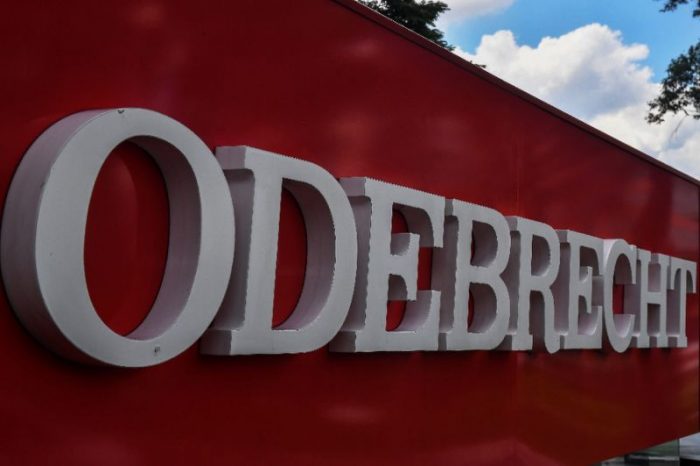 According to wire reports, company lawyers filed a request with the bankruptcy court in Sao Paulo to negotiate debts of more than $20 billion dollars, officials quoted by Brazilian media said.

The demand makes it the biggest debt protection process in Brazilian history, exceeding that of telecom provider Oi in 2016.

The procedure allows Odebrecht to maintain its business activities while giving it six months to settle with its creditors.

Founded in 1944, Odebrecht S.A. has long been one of Brazil’s economic giants, building everything from the Miami Heat basketball arena to a hydroelectric dam in Angola.

But now, Odebrecht is now at the centre of Latin America’s biggest corruption scandal that has rocked governments and political parties in Brazil, Peru, Colombia and other countries, sending former presidents and senior officials to jail.

Once one of the most influential people in Brazil, company chief Marcelo Odebrecht was sentenced to 19 years in prison for his role in the scandal — although he is now serving a reduced sentence in his luxurious Sao Paulo mansion.

Dozens of politicians have become embroiled in the scandal, including former Brazil presidents Michel Temer and Luiz Inacio Lula da Silva, who is serving a 12 year jail sentence for accepting bribes from the company.

Peru is the other country hit hardest by the scandal: Odebrecht has admitted paying at least $29 million in bribes to Peruvian officials since 2004.

But officials in Ecuador, Venezuela, Panama and the Dominican Republic have also been tainted.

In 2018, the construction giant agreed to pay a $700 million settlement to the Brazilian government as part of a $2.6 billion package it has committed to shell out to the United States, Switzerland and Brazil.