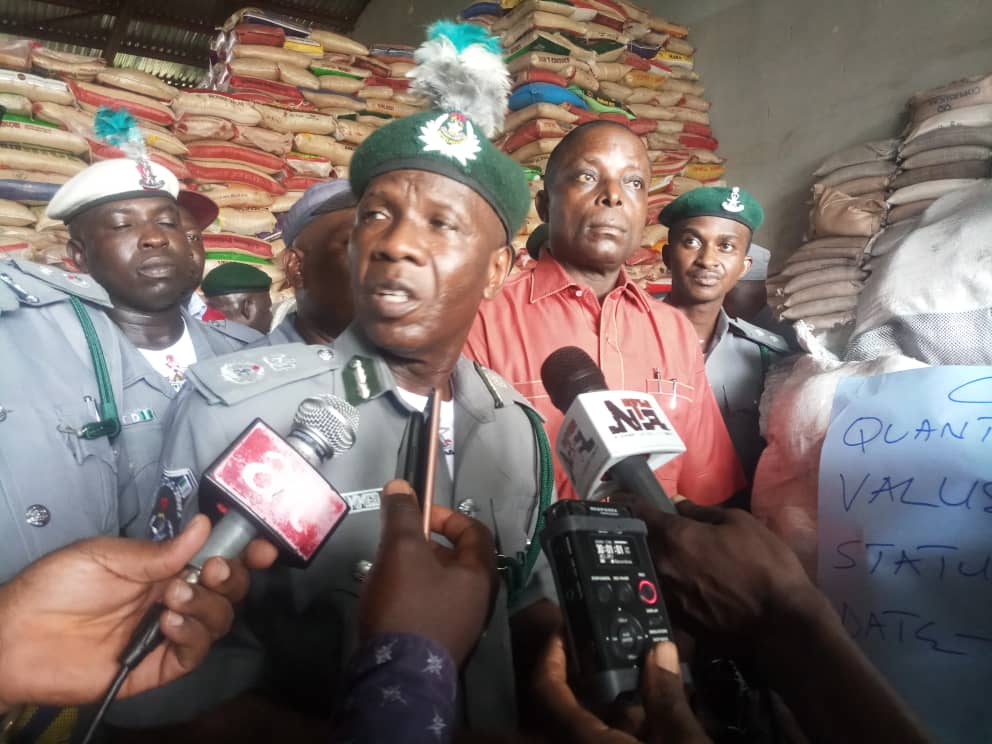 The Customs Area Controller (CAC) of the command, Comptroller Mohammed Garba, disclosed this at a press briefing in Seme, Lagos, on Tuesday.

According to him, the 8,304 bags of foreign parboiled rice is equivalent to 14 trailer load with Duty Paid Value (DPV) of N88.7 million.

“The 11 vehicles include Toyota Highlander 2005 model, Range-Rover Toyota RAV4, Toyota Venxa and others.

“The combine DPV stand at N48.1 million while other items seized including 336 cartons of alcoholic drinks, 138 kegs of 25 liters of petrol, 28 cartons of medicament valued at N1.1 million.

“Among intercepted goods are six yards of 175 textiles valued at N2.2 million and 15 sack of second hand clothes valued at N677,486,” Garba said.

The comptroller said that six suspects were arrested in connection with the seizure under view.

He reiterated the command’s determination to detect, arrest and prosecute those who failed to comply with the extant regulations.

Garba however, called on patriotic citizens as well as the media to support the command by reporting any illegal activities or any relevant information that would assist the command in discharging its statutory obligations.

He added that the command aimed at leveraging on modern communication tools to improve cross border efficiency for the promotion of regional integration.

Garba commended the Comptroller-General of Customs, Retired Col. Hameed Ali for his continuous support and encouragement.

He attributed the achievements recorded so far to the support of all sister security agencies both local and international.