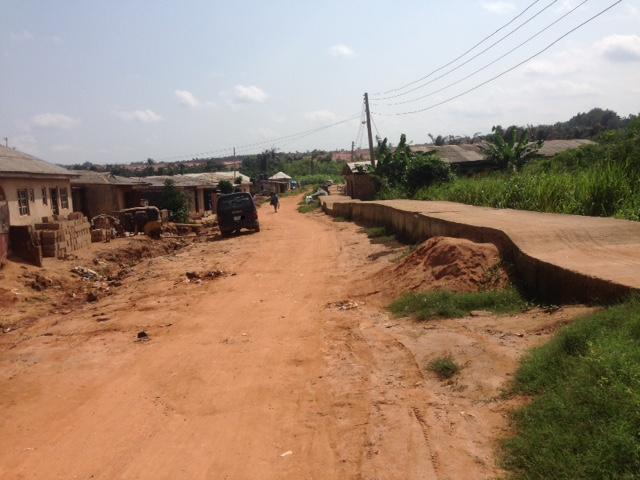 The residents along Samson Ola Taiwo road, otherwise called D&D road, in the community of Agbenaje Phase 1, behind the Command Secondary School in Agbado-Oke Odo Local Council Development Area of Lagos State, are appealing to the newly installed administration of Governor Babajide Sanwo-Olu to complete construction of the road started by the immediate past government of Akinwunmi Ambode.

Some of the residents who spoke to P.M.News expressed opinion that the contractor who handled the project did not consider interest of the residents of the community as the height of the drainage already constructed on one side, especially towards the end of the road, is as high as the roofs of their houses (as can be seen in the images below).

According to a member of the community who pleaded anonymity, “it’s always a disaster each time it rains, because we have been totally cut off the road. The rain water floods our compounds and remains with us for days anytime it rains.”

The residents lamented that access to the adjoining streets from the road had been denied as a result of the height of the drainage and abandonment of the project.

They also called on the state government to dredge the very large canal bordering Lagos and Ogun States which they said was the major source of the heavy flooding they experience during rainy season.