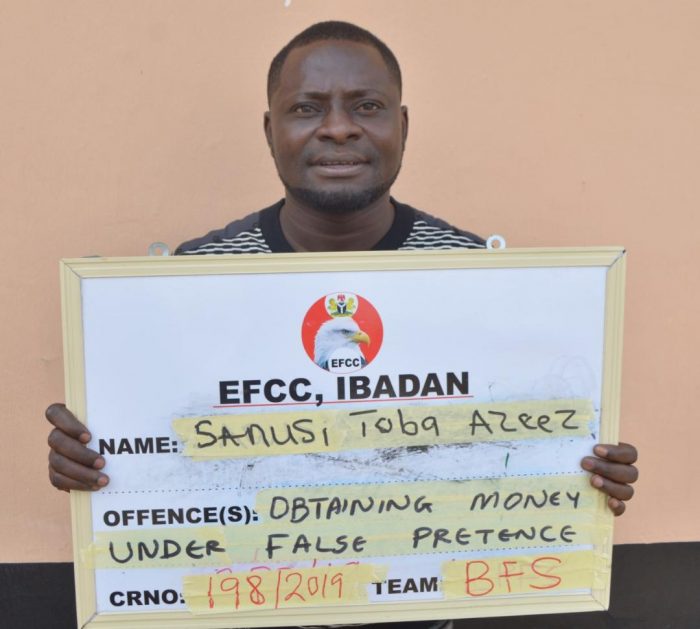 The Ibadan zonal office of the Economic and Financial Crimes Commission, EFCC, on Tuesday 18 June, 2019 secured the conviction of two internet fraudsters at a Federal High Court sitting in Ibadan.

Due to the plea bargain agreements reached with the Commission, the fraudsters had their earlier charges amended to one-count bordering on fraudulent impersonation.

Toba and Oluwaseun separately took their pleas and pleaded guilty to the amended charge.

Consequent upon their guilty plea, prosecution counsels in the cases, Chidi Okoh and Abdulrasheed Lanre Suleman, respectively prayed the court to convict them accordingly.

However, Oluwaseun was lucky with his sentence as he bagged six months as stated in his plea bargain agreement.

The convicts were ordered to restitute to their victims the money they fraudulently collected from them, and also to forfeit all the items recovered from them to the Federal Government of Nigeria.