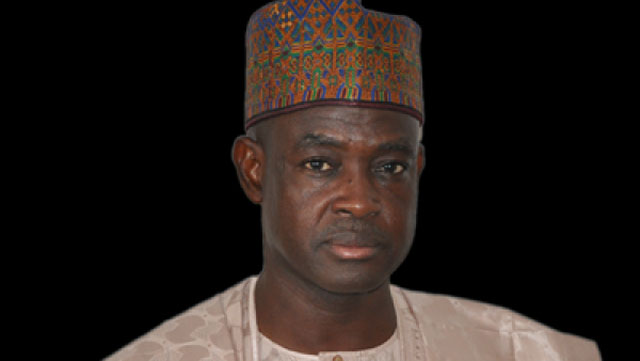 Justice Okon Abang of the Federal High Court, Abuja, has adjourned till July 2, for continuation of hearing in the case involving the former Director General, Small and Medium Enterprises Development Agency of Nigeria (SMEDAN), Bature Masari.

Masari is being prosecuted by the Economic and Financial Crimes Commission, EFCC, on a 17-count charge, bordering on money laundering to the tune of N107.7 million (One Hundred and Seven Million, Seven Hundred Thousand Naira) before Justice Abang.

Masari’s initial arraignment by the Commission was on May 27, 2019.

One of the charges reads: “That you Bature Umar Masari on or about the 27th November, 2014, at Abuja within the jurisdiction of the honourable court did transfer the sum of N9, 000,000 (Nine Mllion Naira) only, to one Benjamin I. Aboho, from your Diamond Bank Account No.0041899190, when you reasonably ought to have known that the said money formed part of the sum of N50,000,000 (Fifty Million Naira) only, paid to you as gratification by Hamshakin ventures Ltd and you thereby committed an offence contrary to Section 15(2) (6) of the Money Laundering Prohibition Act 2011 as amended by Act No. 1 of 2012 and punishable under Section 15(3) of the same Act”.

At the resumed hearing, Justice Abang asked the defence counsel, Abubakar Mogaji to furnish the court with the document upon which he relied to object to the evidence of the prosecution at the last hearing, but Mogaji disclosed that he had unfortunately misplaced it and therefore withdrew his objection.

He however, pleaded with the court to move a motion on the abuse of court process which the judge had already ruled on, but the prosecution counsel, Iheanacho Ekene, objected to the plea, arguing that the matter had become “functus officio.”

Justice Abang adjourned the case to July 2 and October 8, 2019 for continuation of trial.