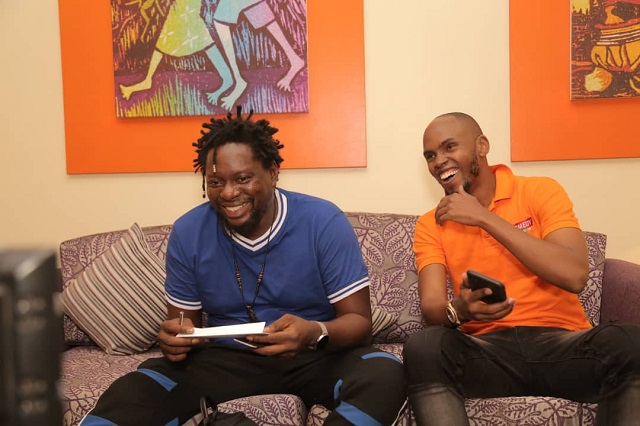 Nigerian comedian, Klint da Drunk, will on June 20 perform at the weekly comedy show at Uganda Manufacturers Association – located about 5 kilometres out of the capital city, Kampala.

Uganda newspaper, The Independent reported that Klint arrived at Entebbe International Airport early Wednesday aboard RwandAir together with his manager.

He later spoke to journalists at a hotel in Kampala where he made funny jokes when asked questions.

“Comedy store is beautiful,” Klint said, “I love it…I never knew it was a sexy programme.”

“I am happy to be here. I have been here for other programmes… later this year I will be back for another show.”

Klint said that Uganda is one of the countries that has “comedy as the biggest export.”

He promised his fans that he would use the experience gained around the world to entertain comedy lovers in Uganda.

Popular Ugandan singers Bebe Cool, Cindy and others will also perform at the event.