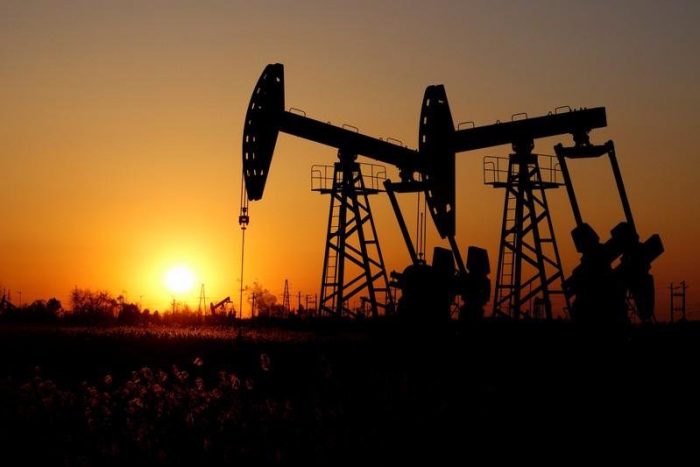 Oil prices extended gains into a second session on Wednesday, buoyed by rekindled hopes for a U.S.-China trade deal and potential economic stimulus from the European Central Bank (ECB).

They rose two per cent on Tuesday.

The U.S. benchmark surged 3.8 per cent in the last session.

In a post on Twitter, U.S. President Donald Trump said preparations were starting for him to meet Chinese President Xi Jinping at the G20 summit in Osaka, Japan, next week.

Talks between the U.S. and China broke down last month after Washington accused the Chinese of backing away from previously agreed commitments.

Interaction between the two sides since then has been limited, and Trump has threatened, repeatedly, to slap more tariffs on Chinese goods.

Meanwhile, ECB President, Mario Draghi, said on Tuesday that the central bank would ease policy again if inflation fails to accelerate, signalling a policy reversal as the trade war threatened his stimulus efforts.

“It looks like the market is a little bit stunned by the big turnaround in sentiment (on the outlook for prices),’’ said Michael McCarthy, Chief Market Strategist at CMC Markets in Sydney.

“I suspect that the real driver here is the ECB statements, which are much more important in terms of support for the global economy,’’ he said.

However, data showing that Japan’s exports fell for a sixth straight month in May dragged on markets.

Tensions in the Middle East after last week’s tanker attacks remain high, with Trump saying he was prepared to take military action to stop Iran having a nuclear bomb but leaving open whether he would sanction the use of force to protect Gulf oil supplies.

Fears of a confrontation between Iran and the US have mounted since last Thursday’s attacks, which Washington has blamed on Tehran.

The U.S. is deploying about 1,000 more troops to the Middle East for what Washington said were defensive purposes, citing concerns about a threat from Iran.

Market participants are also waiting for a meeting between the Organisation of the Petroleum Exporting Countries (OPEC) and other producers including Russia, a group known as OPEC+, to decide whether to extend a supply reduction pact that ends this month.

OPEC and non-OPEC states are discussing holding meetings on July 10-12 in Vienna, a date range proposed by Iran, OPEC sources said on Tuesday.

OPEC itself, however, is considering meeting on July 1-2, sources said, although it is still saying the meeting will be held on June 25-26 on its website, Reuters reports.