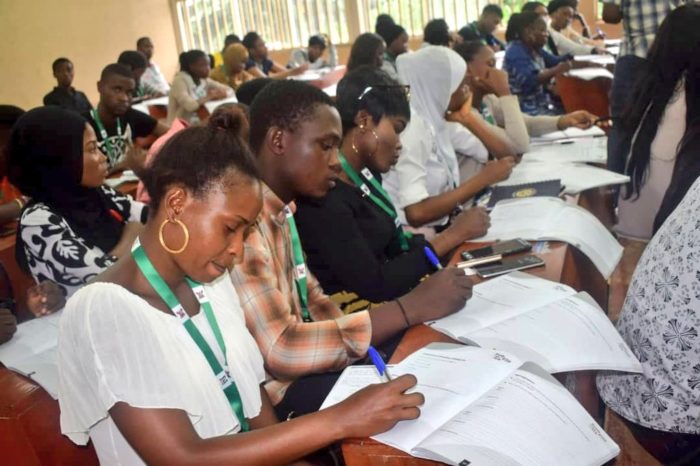 In commemoration of the International Day for the Elimination of Sexual Violence in Conflict, a Non-Governmental Organization, (NGO), Network to Curb Sexual Abuse (NETCUSA) in Cross River, has called on students to speak up when they are sexually abused.

The group made the call during its visit to the Big Qua Girls Secondary School in Calabar on Wednessday.

The International Day for the Elimination of Sexual Violence in Conflict is a day set aside by the United Nations to amplify advocacy and support country level efforts to prevent conflict related sexual violence.

It is commemorated on June 19 annually to also respond more effectively to needs of survivors.

Speaking to the News Agency of Nigeria (NAN) in Calabar, one of the Coordinators of the outreach, Miss Bliss Achip said there was need to curb sexual violence, especially against children.

Achip said many young people especially girls hardly opened up to share their experiences of sexual violence because of the judgmental attitude of the society, parents and guardians.

She said since NETCUSA started 13 years ago, it had recorded over 80 cases of sexual violence, gotten conviction for eight while the rest were still in the pipeline.

“We partner with government agencies like the Ministries of Women Affairs, Health, Education, Justice, Police and other non-governmental organisations to ensure that we curb this menace.

“All hands must be on deck to fight this problem and as a parent, guardian or teacher, when children come to you to report, listen to them.

“Most of the questions we received from the children during the session with them show that most parents don’t believe them and are judgmental.

“Also, we need to encourage our children to speak out by talking more about sexual violence and there should be a comprehensive sexuality education included in our school curriculum,’’ she said.