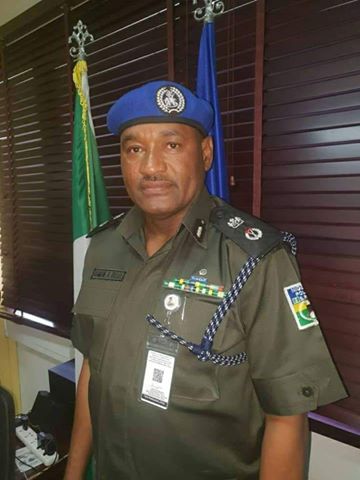 Amadi, of the Department of Microbiology, until he was gruesomely murdered in the early hours of Wednesday, was living with members of his family in his personal house, not far from the Rivers state government-owned Ignatius Ajuru University of Education, Rumuorlumeni, Port Harcourt, with the area being notorious for criminal activities, especially incessant kidnapping, cultism, armed robbery and assassination.

A source, who was close to the family of the slain lecturer, but spoke in confidence, described the murder as very barbaric and so pathetic, considering Amadi’s enormous contributions to human capital development, research, teaching and community service.

The source called on security agencies to apprehend and prosecute the killers of the don, in order to serve as a deterrent to other criminals.

Spokesman of RSU, Mr. Sydney Enyindah, while reacting through the telephone last night, told The Nation: “Prof. Amadi was attacked in his house at Rumuorlumeni, Port Harcourt in the early hours of today (yesterday) by armed robbers.

“The sad information came while we were having management meeting today. The situation will become clearer tomorrow .”

Rivers police Spokesman, Nnamdi Omoni, a Deputy Superintendent of Police (DSP), also confirmed through the telephone, the attack on the don.

Omoni said: “I spoke with the Vice-Chancellor of RSU, Port Harcourt, Prof. Blessing Didia, five minutes before you called me.

“The VC of RSU told me through the telephone that he heard of the attack on Prof. Amadi from the grapevine, without official communication from the family to the university’s authorities.”

Rivers governor, Nyesom Wike, at an event on Tuesday in Abuja, described the Niger Delta state as safe and investors-friendly, while accusing members of the opposition political parties, especially the All Progressives Congress (APC), of demarketing the state.

Rivers people are actually living in fear, in view of the spate of insecurity, caused by kidnappers, cultists, armed robbers, illegal oil bunkerers, assassins, sea pirates and militants across the 23 local government areas of the state.

Just on Sunday, notorious cultists and illegal oil bunkerers, led by Korobe Menele Loveday, aka Mene, who had been on the wanted list of the security agencies for terrorising communities in the state, killed a soldier attached to the 6 Division, Nigerian Army, Port Harcourt and two men of the Nigerian Security and Civil Defence Corps (NSCDC), Rivers Command, thereby escaping with their rifles: one AK-47 and two G3.

The slain security personnel were guarding Shell Petroleum Development Company of Nigeria Limited’s (SPDC’s) Trans Niger Pipeline (TNP) at Gio in Tai Local Government Area of Rivers, but were attacked by the criminals, who were prevented from vandalising the 24-inch and 28-inch TNP, thereby putting them out of their illicit business.

The illegal oil bunkering kingpin, Loveday, was later on Sunday gunned down in Ogoni axis of Rivers, while attempting to escape with three other criminals in an unmarked Toyota Hilux vehicle, with one K-2 rifle, two magazines loaded with 52 rounds of 5.56 mm ammunition, some personal effects, one pair of vehicle plate number: KRK 95 DP Rivers and some documents recovered from the scene and in the vehicle.