Women's World Cup: Chile in tears as Nigeria goes through 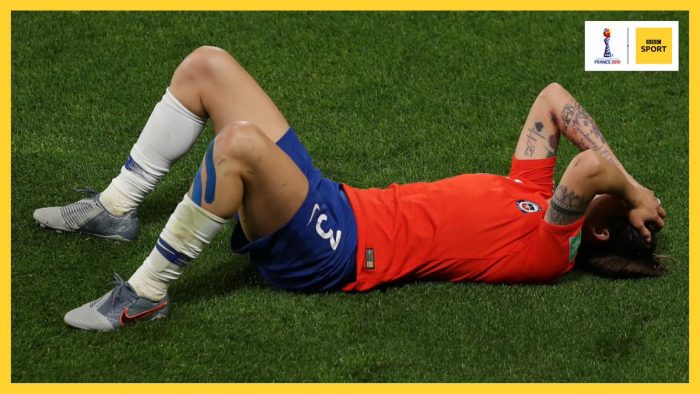 Down and out, a Chile player crying

The Chilean Women’s team wept Thursday in Rennes  as they failed to qualify for the Round of 16 of the ongoing Women’s World Cup in France. They were so near at snatching the last ticket, but they flunked a penalty given against Thailand, their opponents.

Instead, Nigeria’s Super Falcons were the beneficiaries of their misfortune. The Falcons picked the last slot for the second round.

Chile, with an inferior goal difference against the Nigerian side needed to win by 3-0 against Thailand to seal qualification into the second round.

After scoring the second goal in the 80th minute, Chile mounted more pressure knowing fully well that one more goal would see them through at the expense of Nigeria, but Thailand defended resolutely.

Chile got an opportunity to seal the game after a penalty was awarded following VAR’s decision, but Lara missed the penalty, hitting the post.

The Chileans were all tears when the final whistle was blown, as Nigeria went through in a dramatic fashion.

Chile had minus 3 goal difference, with Nigeria’s minus 2 goals difference doing the magic.

The Super Falcons will now play Germany on Saturday at Stade des Alpes, Grenoble  for a place in the quarter-finals. Cameroon, the only African representatives left will play England on 23 June at Stade du Hainaut, Valenciennes.