Okocha has got the skills but the nutmeg is mine, Alex Iwobi boasts 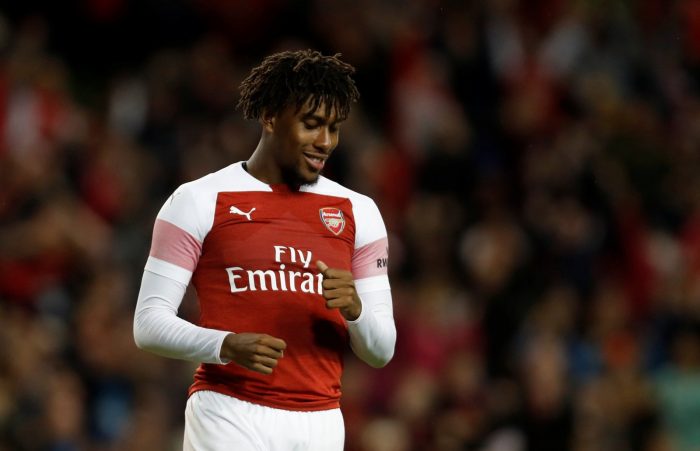 Arsenal star Alex Iwobi admitted that his uncle, Jay-Jay Okocha has some dribbling skills but sees himself as the owner of the nutmeg skill.

During the just-concluded season, Iwobi dazzled through opposition’s defence on several occasions with his cheeky move by putting the ball between the legs of defenders.

The Nigeria international earned himself the title of the ‘nutmeg prince’ and he is not ready to share the title with Okocha who is considered as one of the best dribblers during his active days, Goal reports.

“I will take ownership of the nutmeg. My uncle Okocha has got the skills but the nutmeg, the prince title they call me for that, I will say it is my ownership,” Iwobi told the NFF media.

“It happens instinctively, sometimes the easiest way of getting past my opponent. I’ve been given a title and I can’t let my people down.”

Iwobi had improved playing time in the 2018-19 season and scored six goals in 51 appearances across all competitions for the Gunners.

He topped his impressive displays by scoring Arsenal’s only goal in their Uefa Europa League final defeat to Chelsea that ended 4-1 but he sees the consolation effort as a motivation to win the European title next season.

“This year, I’ve progressed and I’ve been more composed. It is basically being more efficient in the final third either making the final pass or scoring,” he added.

“There were mixed emotions to score in the [Europa League] final. It is a big achievement but obviously not the result I wanted if I could trade the goal for the result I would.

“It is one of the goals I just have to cherish that would make me hungry to try and win the Europa League next season.”

Iwobi has established himself at the Super Eagles since he made his debut four years ago and he has described his feeling whenever he puts on the national team jersey.

“I have been very blessed to be given the opportunity to play for Super Eagles. I’m always hungry and eager to represent my country and make them proud,” he concluded.