Confession: How I beheaded 4 children 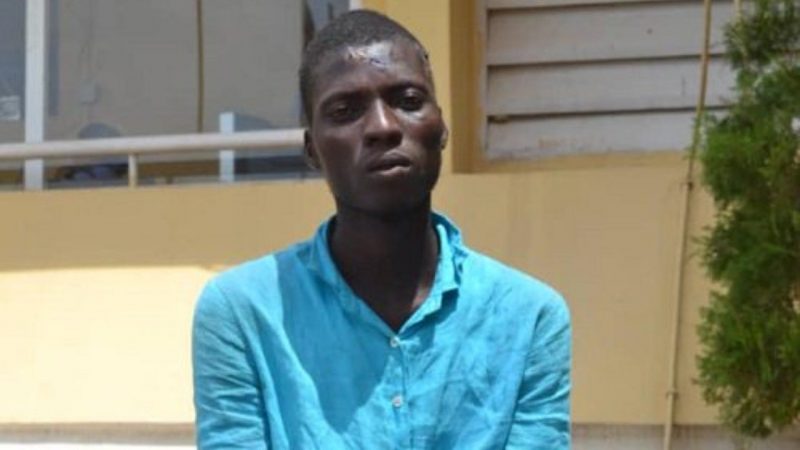 A head hunter, Mustapha Aliyu, arrested in Abuja by the police has confessed to have beheaded four children after being paid N170,000 for each head.

The police arrested Aliyu with a freshly severed head of a three-year-old boy, identified as Usman Awalu.

The suspect reportedly informed detectives during interrogation that he had so far supplied four human heads to his master.

Commissioner of Police in charge of the Federal Capital Territory, Bala Ciroma, who paraded the suspect in Friday stated that Aliyu admitted that his victims were taken from Sheda, Kwali, Kilankwa, Gwako and Leleyi villages, in Kwali Area Council of the FCT.

“On May 19, 2019, about 14:30hrs, following a distress call, police operatives arrested Aliyu in possession of a freshly severed head of a three-year-old boy who was later identified as Usman Awalu of Rugan Fulani close to Leleyi village in Kwali Area Council.

“The suspect confessed that prior to his arrest, he had beheaded four children and gave their heads to his master who is now at large.

“He said his victims were taken from Sheda, Kwali, Kilankwa, Gwako and Leleyi villages. Effort is being intensified to arrest his master who is currently at large.”

Ciroma said that his command recovered a locally fabricated Sub-Machine gun with two live ammunition from one Jacob Augustine, a.k.a. J. Boy, at his apartment in Keffi, Nasarawa State.

Upon his arrest, the suspect gave useful information that led to the arrest of one Tahiru Sule, 29 and Zephaniah Israel, 28, who are members of his gang, Punch reports.