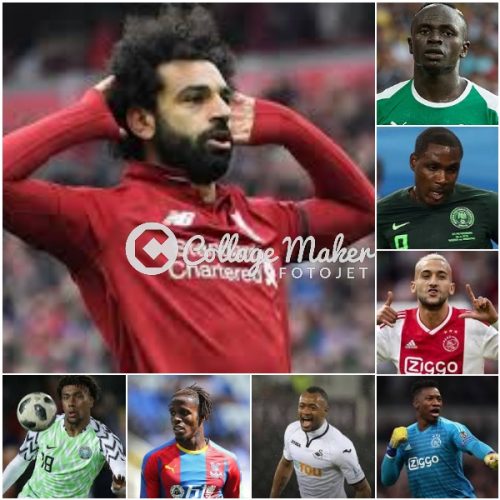 The 2019 African Cup of Nations, AFCON, begins in Egypt on Friday with arrays of African stars, mostly plying their trade in Europe, on display. The Nations Cup is by far Africa’s biggest showpiece and the dream of any African player. The tournament has produced big guns like Roger Milla, Abedi Pele, Rashidi Yekini, Austin Okocha, Samuel Eto’o, Didier Drogba and a host of others.

With 24 teams taking part in this year’s showpiece, the tournament has been expanded from the 16-team format. This means that 12 teams will qualify from the group stage automatically, with four best losers to make it 16 teams for the Round of 16.

Going by FIFA’s latest ranking, Senegal, Tunisia, Nigeria, Morocco, DR Congo, Ghana, Cameroon and Egypt are top favourites to reach the quarter-finals of the showpiece. But there are always surprises in African football as the underdogs can spring surprises.

On paper, host Egypt and Senegal are the favourites as they boast of superstars who just emerged triumphant in Europe in the just concluded season. Egypt’s Mohamed Salah and Senegal’s Sadio Mane are the biggest stars of this tournament and the two countries have formidable team that can win the tournament.

This is not to write-off the defending champions, Cameroon, a heavyweight in African football. Nobody gave them a chance two years ago when they defeated favourite, Egypt to win the tournament in the final.

Nobody can write-off Nigeria’s Super Eagles. This team, despite not boasting of superstars, have proven over time to rise to the occasion when the chips are down. This team had beaten Cameroon 4-0 during the World Cup qualifiers two years ago at home and drew away with the AFCON’s defending champions. If recent form is anything to go by, the Nigerian team has not been so impressive. They beat Egypt 1-0, drew 0-0 with Zimbabwe and lost 1-0 to Senegal in friendly matches in the build up to the tournament, but despite that, they are no push-over.

South Africa have a team that can go far in the tournament, but not strong enough to win the tournament, the same as Morocco, who recorded a shocking 1-0 loss to Gambia in a friendly match in the build up to the Nations Cup. Tunisia can also spring surprise at the tournament. Second best team in Africa according to FIFA ranking, Tunisia is a compact team and boast of experience players, but how far can they go? With much diligence, it could climb on to the Semi-finals.

Also, Cote D’Voire, a former superpower in African football, is not expected to pull a major breakthrough in this tournament as they have been struggling to keep up with others. The Ivorian team lack depth like when Yaya Toure, Didier Drogba and others were in the team. But you can never write them off, anything can happen.

As for underdogs winning the Nations Cup, that will not happen this year. It has never happened in AFCON that an underdog won the tournament and it is not going to happen in this showpiece.

The biggest players of the tournament are Salah and Mane. The two players were key to Liverpool’s winning of the Champions League and runner-up in the Premier League. The two players contributed 42 goals to Liverpool’s success in the English Premier League and scored substantial goals in the Champions League. In Nigeria, Odion Ighalo, who plied his trade in China is another player to watch. He was the highest goal scorer in the qualifier, with 8 goals to his kitty. Nigeria’s hope rests on him to rediscover his scoring formula.

However, in the opening match of the tournament on Friday, host Egypt square up with an underdog, Zimbabwe. Egypt is expected to win easily, but Zimbabwe have been impressive in the build up to this tournament, holding the Super Eagles of Nigeria to a goalless draw in Nigeria. However, there is no escape for Zimbabwe today as Egypt is expected to claim a vital three points, especially when buoyed by ferocious fans and home support.