Couple who defrauded man of N12.4m remanded in prison 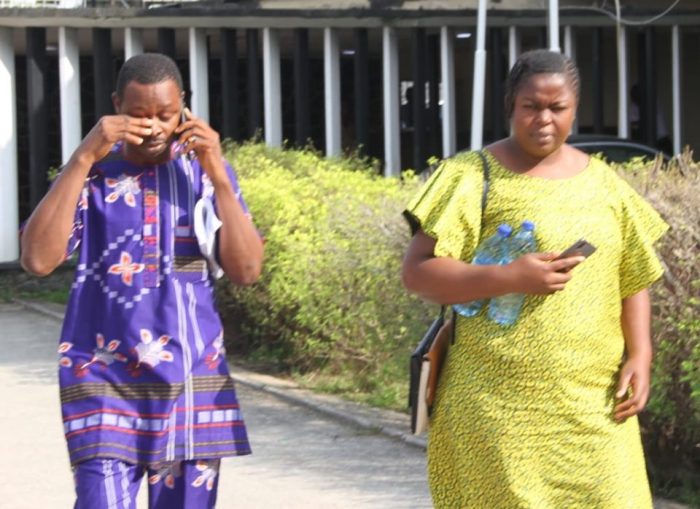 The Economic and Financial Crimes Commission, EFCC has arraigned one Hilary Ogbobe alongside his wife, Dorothy Ijeomo, and a firm, Marine Mayor Limited, before Justice Mojisola Dada of the Special Offences Court  in Ikeja, Lagos on a two-count charge bordering on conspiracy and obtaining money by false pretence to the tune of N12, 440, 000.

The defendants allegedly conspired together and defrauded one Christopher Ezugwu of the sum of N20 million.

Investigation revealed that the defendants approached the complainant with a proposal to buy a dredger from the Lagos State government for a sum of N20 million.

The defendants allegedly asked the complainant to provide 60% (about N12m) of the total sum for the purchase of the dredger, while they would provide the remaining 40%, thereby making them joint owners of the dredger. Upon the payment of the agreed 60% to the third defendant’s Zenith Bank account number 1011592344, the complainant, four weeks after, demanded to see the dredger.

The complainant, however, alleged that no arrangements had been made to purchase any dredger from the Lagos State Government and that the defendants had only used the company as a conduit to fraudulently obtain the said sum of money from him. Efforts by the complainant to get refund from the defendants allegedly proved abortive.

One of the counts reads: “That you, Hilary Ogbobe, Dorothy Ogbobe and Marine Mayor Limited between July 2016 and September 2016 in Lagos, within the Ikeja Judicial Division, with intent to defraud obtained the sum of N12, 440, 000 (Twelve Million, Four Hundred and Forty Thousand Naira) from Mr. Christopher Ezugwu on the false representation made to Mr. Christopher Ezugwu that the money was the cost of fairly used Lagos State owned dredger which pretence you knew was false.”

The defendants pleaded not guilty to the charge when it was read to them.

In view of their pleas, the prosecution counsel, Nkeruwem Anana, asked the court for a trial date and also prayed that the defendants be remanded in prison custody pending the hearing and determination of the case.

But Counsel to the defendants, Ikechukwu Onodi, informed the court that he filed an application for bail on behalf of his clients.

He said the application was filed due to the fact that his clients were served with the charge on Wednesday. He, therefore, urged the court to grant his clients bail.

However, the prosecution counsel, Anana, told the court that he was just served with the application in court and he needed time to respond to it.

The prosecution counsel also informed the court that the first prosecution witness was in court, adding that he was ready to open his case.

In his response, counsel to the defendants told the court that he was also ready for the trial today when asked by the court.

Consequently, Justice Dada ordered that the trial be commenced.

In his testimony, the first prosecution witness, PW1, Ezugwu, who is the complainant, told the court that the defendants fraudulently obtained the money from him.

Led in evidence by the prosecution counsel, Anana, the PW1, also told the court that the second defendant, Dorothy Ijeoma, approached him twice sometime in 2016 and begged him for a sum of N220, 000 for her husband’s business, which he gave her.

The PW1 further explained that the second defendant came back to him the same year and told him that she had a business he wanted to discuss with him and that her husband would call him.

“Hilary Ogbobe, however, called me and said to me over the phone that there was a dredger on sale for N20 million by the Lagos State government and United Bank of Africa (UBA).

“Sometime in July 2016, I had to go and borrow the money and I paid N12 million in three tranches of N2 million, N5 million and N5 million into the account of Marine Mayor Limited, a company belonging to Hilary and Ijeoma.

“After a month, I called Hilary to find out about the dredger and he told me that the dredger had been sold to another person.

“I asked him to return my N12 million, but he said he had used N4 million out of the money. So, I demanded that the remaining N8 million be returned to me.

“He declined returning the N8 million. He said he wanted to invest it in an oil and gas business, so that he could make some gains and pay back the N12 million with profit within 90 days.

“At the expiration of the 90 days, Hilary refused to pay me anything and all efforts to get the money back proved fruitless,” he further explained.

He further told the court that when the person who lent him the money kept asking for it, he sold his wife’s car to raise part of the N12 million for him, which he informed Hillary about.

Giving further evidence, the PW1 told the court that he conveyed a meeting at Bennie Hotel in Festac.

In Lagos, which was attended by the first and second defendants, one other person and his wife on how to get back his money.

The PW1, who said the meeting yielded no fruits, added that “Thereafter, Hillary started to threaten me, saying I would never get back the money.

“That was how I ran to the EFCC with a petition against the couple.

“After he was invited by the EFCC, he paid N4 million through a draft in my name and never came back to pay the rest”, he further stated.

Under cross-examination by the defence counsel, Onodi, the witness denied being taken to where the dredger was for inspection by the first defendant, Hilary.

The witness said he was only shown a picture of the dredger without any accompanying document.

After listening to both parties, Justice Dada adjourned the case to July 11, 2019 for continuation of trial and hearing of bail application.

The Judge also ordered the prosecution counsel to respond to the bail application filed by the defendants before the next adjourned date.

The defendants were ordered to be remanded in prison custody pending the hearing of the bail application.