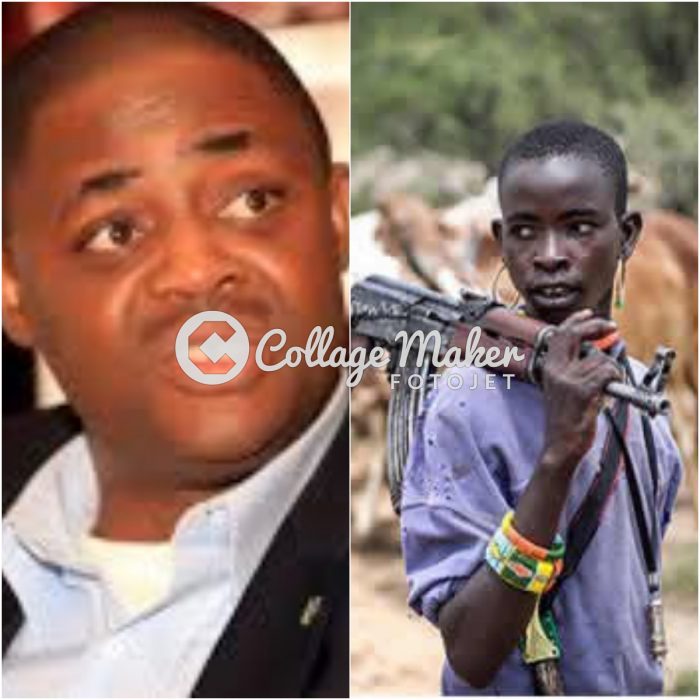 Fani-Kayode and a herdsman

Controversial former Aviation Minister, Femi Fani-Kayode has opened up on the biggest mistake the Igbo can make in regards to Fulani herdsmen.

According to Fani-Kayode, the biggest mistake the Igbo could make was to allow Fulani herdsmen to form their own militias and armed groups anywhere in the east.

He said this was not about politics, but about survival as the Fulani herdsmen were vicious and ready to devour their hosts.

“This is not about politics: it is about survival. It is like allowing vicious and hungry wolves into the lamb pen. The result is predictable.

“Now you know why IPOB was proscribed and why they are equally terrified of OPC and Yoruba Liberation Command (YOLICOM),” he said.

Fani-Kayode said Fulani herdsmen in the South should be disarmed and expelled from the region.

“Every single Fulani terrorist herdsman in the south should be disarmed and expelled. Instead of asking for their own armed militia, they should be asking for a one-way ticket back to Arewa,” he said.