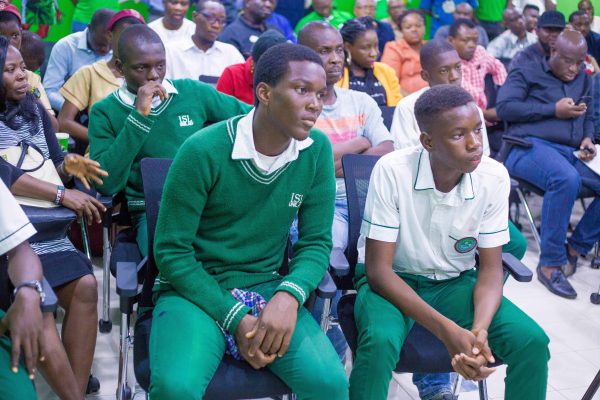 Cross section of students of International School, Lagos at the event

The Executive Director of SSDO, Mrs Nkedu Igwe, told Journalists on Thursday in Abuja that the workshop aimed to share findings on implementation of the Radio School Projects in Adamawa and Enugu States.

The workshop was organised by SSDO, in partnership with Centre for Public Education for Development in Nigeria (CEPAD) and the MacArthur Foundation.

She defined the Radio School Project as an on-air programme that employs the academic curriculum to help enhance learning among children.

“The Radio School Programme is an in-school programme aired around 11a.m. on Radio Nigeria Enugu and at about 12.30p.m. on Gotel Radio, Adamawa.

“While in school, the students have a central radio to listen to the programme and questions from the programme are directed to the class teacher for further clarification.

“Questions outside the school hours or by students who are not in school are directed to radio teachers that can be reached via phone numbers on a toll free line,” Igwe said.

The Director explained that the choice of Adamawa as one of the two pilot states was informed by the need to make learning accessible to students in the insurgency-ravaged North east.

Enugu was selected as the second pilot state to address the inadequacy of teachers in remote schools in the South east.

She said that although the programme was still at the beginning stage, efforts would be put in place to enable more children benefit from the project.