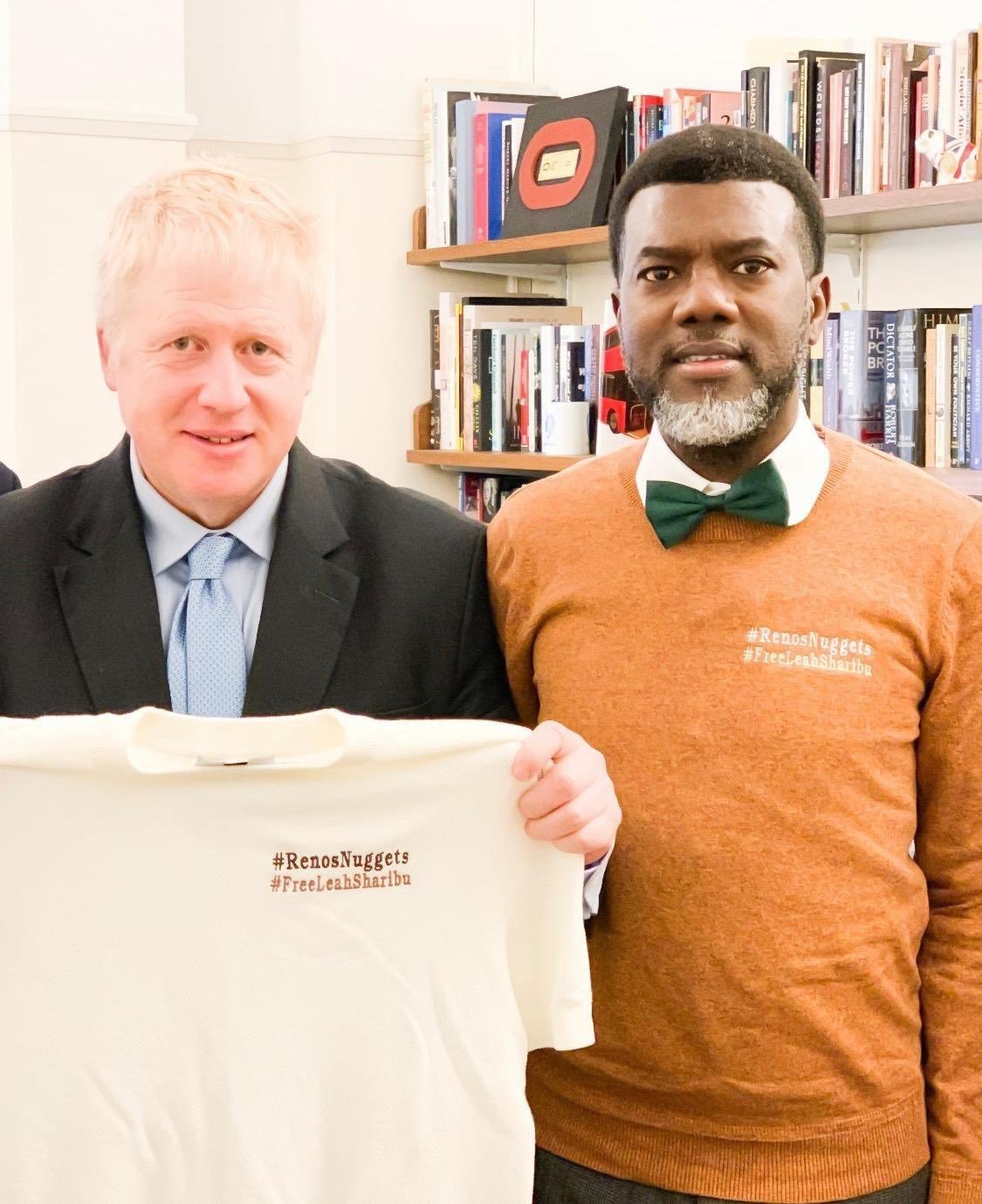 It will be recalled that Leah Sharibu is one of the Dapchi schoolgirls, who was kidnapped by Boko Haram terrorists last year.

In an attempt at reintroducing her case in national and global consciousness, Omokri launched a book: “Leah Sharibu: The Girl Boko Haram Left Behind,” and also introduced customs made ‘Free Leah Sharibu’ T-shirts for varying amounts of money, which has been patronized by notable Nigerians.

Pastor Ayo Oritsejafor, the former president of the Christian Association of Nigeria; a former finance minister, Senator Nenadi Usman; Umar Sani, a former spokesman for ex-Vice President Namadi Sambo, are among those who have bought the T-shirt for prices ranging between N30,000 and N100,000.

The former Presidential media aide says he has traveled to twenty-seven countries in a bid to fulfill his promise of reintroducing Leah’s case, a tour some say he is using to enrich his pocket. The accusation led to the trending of #RenoUndarted on Twitter.

Here are some of the reactions from the #RenoUndarted trend…

And I heard that Pastor Reno Omokri of PDP is using the unfortunate Leah Sharibu saga to make money for himself home and abroad… #RenoUndarted pic.twitter.com/fNCutzunyl

.@renoomokri should tell us how many books have been sold.

How many shirts were sold.

And how much he has remitted to Leah Sharibu's father?

Plus, why does the money have to go through his account????#RenoUndarted