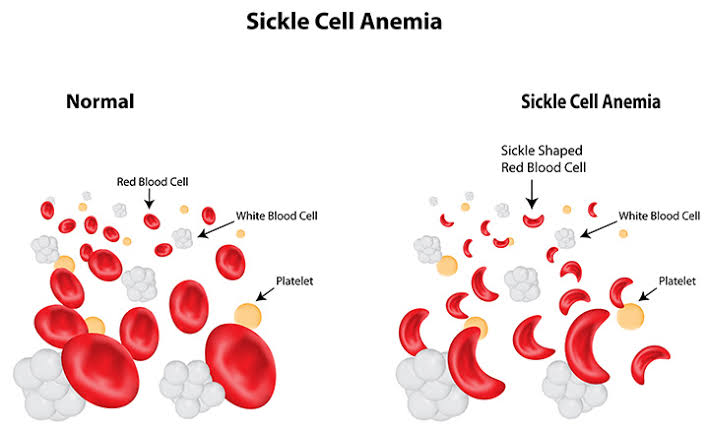 Dr Taiwo Aderemi, the Programme Facilitator of the foundation, made this known during a public awareness lecture held for secondary school students at Ojoo High School, Ibadan, on Friday.

The lecture was held as part of activities of the foundation to mark this year’s World Sickle Cell Day.

The lecture was entitled: “Be the Face and the Voice to raise Awareness to Reduce Discrimination of People Living with Sickle Cell Disease”.

“Sickle Cell Disease is a blood disease in which red blood cells has a crescent or sickle shape unlike the usual round shape.

“Nigeria has the greatest share of SCD worldwide with about four million affected individuals, with 150,000 babies born annually, out of which 100,000 die during their first year of life.

“The high prevalence of the SCD is a result of wrong matching of couples with conflicting genotypes.

“Voluntary premarital screening and genetic screening play an important role in reducing the number of genetic disorders like SCD in children,” he said.

Aderemi however said that people should not wait until they have decided on a partner to get screened but should be screened as early as when they are in secondary school.

“It is called premarital screening but it shouldn’t just be done just before marriage because by then it’s often too late as they have already made a commitment.

“It’s very difficult to convince a couple not to go through with the marriage at that point.

“Early genetic screening and counselling is very important in order to reach as many people as possible and reduce the incidence of SCD in our communities,” he said.

According to him, the poor knowledge of SCD especially among people in rural areas has called for more emphasis on programmes promoting sickle cell awareness and education.

“In order to achieve the desired decline in new births of children with SCD, preventive genetic services including screening and counselling should form an integral part of our maternal and child health programmes.

“Policies are needed to ensure easily accessible sickle cell screening and genetic counselling to reduce the high incidence of SCD,” he said.

According to him, SCD is associated with debilitating conditions and complications like delayed growth, painful episodes, organ damage, jaundice, leg ulcer and painful erection.

Adeyemi appealed to Nigerians against stigmatising people with SCD, adding that they are not different from any other healthy persons.

“People often develop unfair perception of people living with SCD which lead to stigma and derogatory names like lazy, sickler and abiku.

“Sickle cell disease is a lifelong disease and gaining the support and compassion of the public will enable people living with SCD lead meaningful lives and contribute positively to the society,” he said.