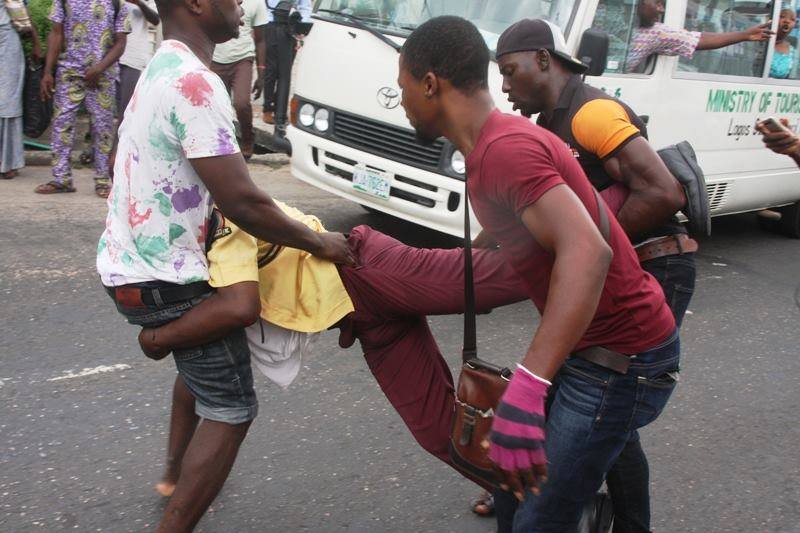 John Fabunmi, a tricycle rider who resides at No 3/5 Isheri Road Egbeda, recently beat a personnel of the Lagos State Traffic Management Authority and dragged him into a gutter while on duty.

Fabunmi on Friday appeared before an Ikeja Chief Magistrates’ Court and is facing a four-count-charge bordering on assault, unlawful damage and breach of peace.

He, however, pleaded not guilty.

According to reports, the defendant committed the offences on June 15 at 8.30a.m. at Aguda Bus Stop, Ogba, Lagos, according to the prosecutor, ASP Akeem Raji.

Raji said the defendant beat Mr Ayodele Omotosho many times, pushed him into a gutter, tore his uniform and damaged his phone.

“The defendant also sat on him and soaked his uniform in the mud, following an argument,” the prosecutor said.

He submitted that the defendant damaged Omotosho’s Infinix phone valued at N84,000.

Layinka ordered that the sureties must be gainfully employed and have evidence of two years’ tax payment to the Lagos State Government.

The case was adjourned until July 23 for mention.