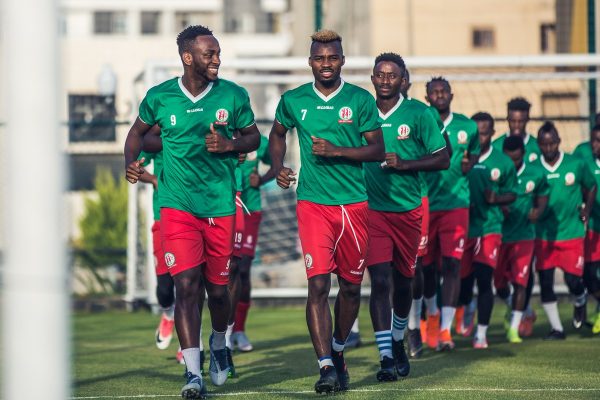 Burundian Swallows hoping to swallow Super Eagles in Group B

Burundian Swallows are the least ranked team in Group B in the Total AFCON 2019 in Egypt. But according to a CAFOnline feature story, they are not in Egypt to see the Pyramids. They have sent some frightening warning to Nigeria’s Super Eagles, who they will meet today. They vow to seriously compete, having carried belief from their qualification

After decades of trying and failing, Burundi finally qualified for the Total Africa Cup of Nations Egypt 2019.

The East Africans qualified for the first time in their history having finished second in Group C behind Mali and ahead of Gabon who came third with eight points, two behind the Burundian Swallows.

Coming off in a year that their country experienced political strife, Burundi united a whole nation with joy and celebrations when they pulled off a point at home against the Pierre-Emerick Aubameyang led Gabon to seal their place in Egypt.

Most impressive in their qualification is that they did not lose a match in Group C. They picked home and away victories against South Sudan and played out to draws against the group’s most experienced teams, Mali and Gabon.

Having achieved the historic feat of qualification, Burundi have now come into the business end of the campaign and have vowed they will be in to compete, having carried belief from their qualification.

“We are not here on holiday or sight-seeing in Egypt. We want to compete with the rest of the continent’s big teams and see whether we can qualify for the round of 16. There is no pressure on us though because we are here for the first time,” coach Olivier Niyungeko stated.

Burundi is the least placed team in the FIFA rankings in Group B, sitting at position 134.

Coach Niyungeko has stuck with the squad that helped him qualify and the most notable name on the team sheet will be former Stoke City forward Saido Berahino.

Berahino made the decision to switch his allegiance to the country of his father’s birth, despite being eligible to play for England. The Stoke striker featured prominently in the qualifiers and scored the equalising goal against Gabon in the first leg.

Also to be watched from this team is Algerian-based striker Abdul Razak Fiston who scored six goals for them in the qualification phase.

They open their campaign against Nigeria on June 22, then play fellow debutants Madagascar on June 26 before travelling to the Al Salaam Stadium in Cairo where they face Guinea in their final group match on June 30.