Gbajabiamila gets rousing reception from APC members at Lagos airport 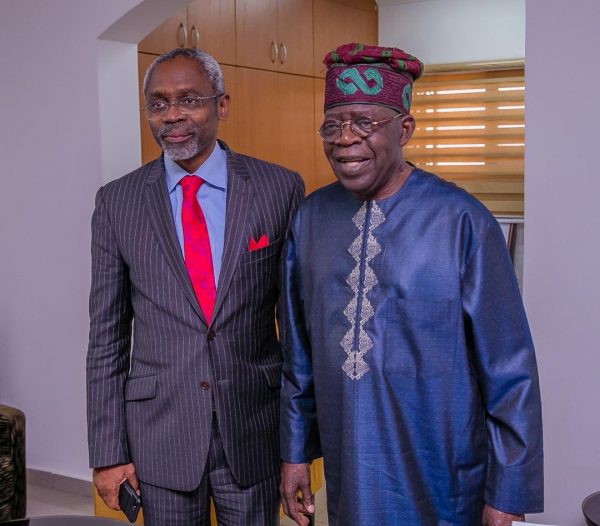 Gbajabiamila with Tinubu on Thursday

The new Speaker of Nigeria’s House of Representatives, Mr Femi Gbajabiamila,    on Saturday, received a rousing reception at the Lagos Airport, by joyous members of the All Progressives Congress (APC) who gathered to welcome him.

The News Agency of Nigeria (NAN) reports that Gbajabiamila arrived the Presidential Wing of the Murtala Muhammed Airport in a Nigeria Air Force aircraft with registration number 5N-FGN at 2.50 p.m.

The speaker, who is representing Surulere Constituency 1 at the Federal House of Representatives, was welcomed by fellow lawmakers from Lagos State and others, amidst jubilation by party members.

Addressing newsmen, Balogun described Gbajabiamila as a detribalised Nigerian who had contributed immensely to the nation’s law making processes.

Balogun said :”We are celebrating him today not because he is a Lagosian, but because he has distinguished himself in the national assembly.

“He is eloquent, dedicated, broad minded and a loyal party member who supported his predecessors, Aminu Tambuwal and Yakubu Dogara, to perform their duties effectively.

“That is why majority of the people who supported his aspirations were not even from the South West because they knew him as a detribalised Nigerian, ” he said.

He expressed optimism that Gbajabiamila’s leadership of the Ninth assembly would ensure harmonious relationship between the Executive and Legislature for the betterment of Nigerians.

“The lawmakers are to work with the executive arm to deliver dividends of democracy to Nigerians and we are expecting robust legislation to achieve that objective,” he said .