How my father’s counsel has helped me – Hamzat 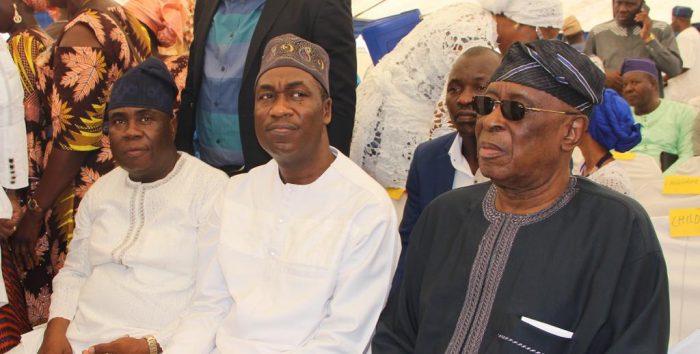 The Lagos State Deputy Governor, Dr Obafemi Hamzat, on Saturday said he was a beneficiary of his late father’s goodwill.

Hamzat said this at the 41-day Fidau prayers in honour of his father, late Oba Olatunji Hamzat, in Lagos.

The deputy governor said that he would also attribute his success in life to his late father’s regular counsel.

”What I will always remember my father telling us all the time is that we should be careful of what we do, because every action has a consequence.

”My late father also urged us to be nice to people around us, because someday, somebody will reciprocate that good deed even to our children. I was a beneficiary of that goodwill.

”So, he will be missed, but we know that we are mere mortals and we will all die someday.

“What is important is for us to live our lives well while we are alive. That is the lesson,” he said.

According to Ajomale, late Hamzat left a big vacuum that no one can fill.

In his sermon, Sheik Abdul-Gafar Abdul-Hakeem, Chief Imam, Alausa Community Mosque, urged Nigerians to live a truthful, sincere and good life, so they would be remembered for good.

”Life is full of uncertainties, mysteries, vanities and troubles. Which means that we need to take life easy.

”Do not be desperate for positions and wealth because nothing is permanent.

”The only thing that is certain in life is death and it is no respecter of wealth or position.

”Death will come, no matter your status. So, live well so you will be remembered for good,” he said.

Late Hamzat, who was a member of the Lagos State All Progressives Congress Governor’s Advisory Council, died on May 12 due to an old age-related ailment.

The late Hamzat was also the Olu of Afowowa Sogade, in the Ewekoro Local Government Area of Ogun State.