Jackie Appiah discloses how she lost her teeth 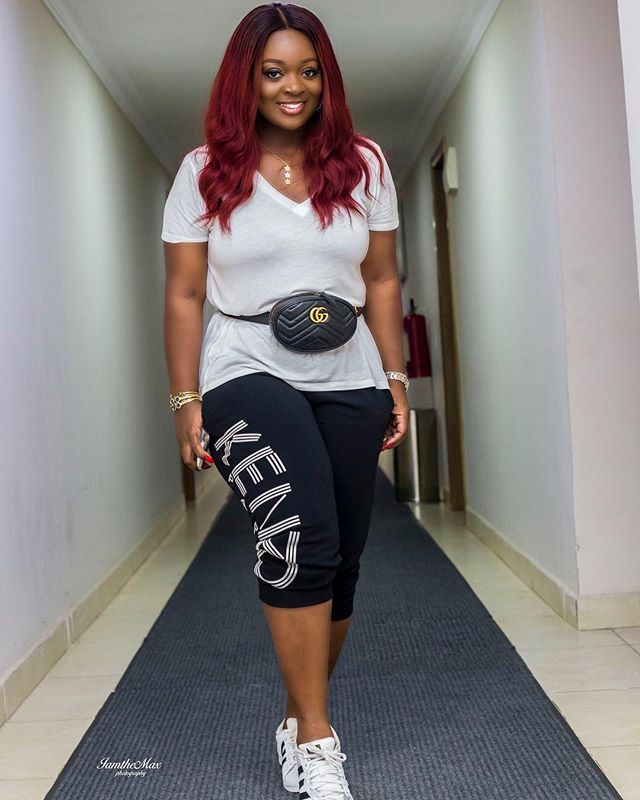 Curvaceous mom of one and pretty Ghanaian actress, Jackie Appiah gives fans a shocker when she revealed how she lost two of her precious teeth.

In a recent interview with BBC pidgin, Jackie recalled the incident that made her lose two of her lower teeth to a goat.

I was brought in from Canada to Ghana. Then, I saw a goat tied onto a tree, I didn’t understand why they would tie a goat down.

So, I picked up stones and started throwing at the goat. At a point, the goat got angry, got itself off the rope and chased me. I tried to run away.

Just as I was about to open the door to get into the house, it hit me.

I fell and lost two of my lower teeth,” she recalled.

When asked the character, she would love to play in movies, the black beauty who said she can speak over 5 languages including Igbo and Yoruba stated that she still looks forward to playing a Gangster role.”

I still look forward to playing that Gangster role.. like Charlie Charlie, how far..

”Speaking on her love for travel and adventure, Jackie said “I love to travel a lot. I love beautiful places. So far, I have traveled to over 100 countries. And had different adventures.

Zip lining was the highest risk I have taken during adventure. The video went viral. I cried.

”On what inspires her and what people love and admire about her body, Jackie said:

“My son and my mum inspires. I also get inspirations from traffic. I see a lot of people hawking in traffic and I wish I could probably turn food around and sell in traffic too.

On what people love and admire about my body, I think my smile and eyes. The way I roll my eyes and my charming smile get people attracted to me.”