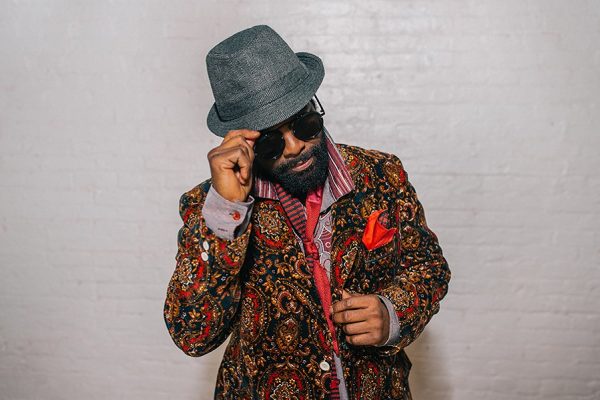 Leon Kaleta: wows Chicago with a fusion of Juju and afrobeat

Leon “Kaleta” Ligan-Majek with his Super Yamba Band is an artist to watch. The Brooklyn New York based group started in 2017 and since then the has erupted onto the stages and video screens of major music festivals, rock clubs, and music publications across the United States.

Kaleta is a singer, guitarist, percussionist and Afrobeat veteran.

He came into his talents in the early 80s—at exactly the right time to bridge two disparate genres of Nigerian music: Fela’s and King Sunny Ade’s.

Kaleta’s family relocated to Lagos from his native Benin Republic during his adolescence, and after playing guitar and singing in church he began performing professionally throughout Nigeria.

While he was still a young man, juju star King Sunny Adé invited him to join his touring group, where he played for about three years in the late 80s.

Kaleta subsequently spent much of the 90s in Egypt 80, the legendary band of Afrobeat master Fela Kuti, though the upbeat positivity of Adé’s sweet juju melodies might seem to lie at the opposite end of the emotional spectrum from the darker, more world-weary songs of the pointedly political Fela. Kaleta’s presence as a front man is powerful, and he manages to combine the gut-punching growls that punctuated Fela’s stage work with Sunny Adé’s warmth and charm, so that he maintains a forceful, energetic command of the band and the audience while radiating cheer.

In 2017 Kaleta began collaborating with Brooklyn-based Super Yamba Band, and it’s proved to be a fantastic pairing. Kaleta knows how to get a song moving and draw bodies to the dance floor; the band’s 2018 single “Mr. Diva” (its B side is the insightfully named “Hungry Man, Angry Man”), begins with a James Brown-via-Fela grunt from the belly and quickly settles into a hip-moving groove.

This fall the group will release their first album, which will include “Mr. Diva” and several new songs. If the crowd ain’t dancing, this brand of Afrobeat ain’t working, and Super Yamba Band is lucky to have an ambassador of juju at its helm.