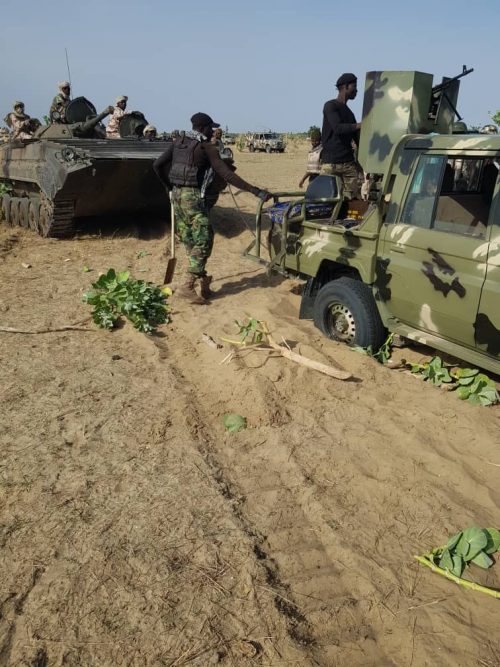 An unspecified number escaped with gunshot wounds. Arms and ammunition were impounded. However, the MNJTF lost a Chadian soldier, while 10 other soldiers were injured.

“At about 6 am yesterday, 21 June 2019, troops embarked on clearance operation to Doron Naira (an island in Lake Chad), in a bid to disrupt ISWAP’s activities on the island and adjoining localities. Troops effectively suppressed ISWAP and successfully conducted the clearance operation.

“Unfortunately, the MNJTF lost a soldier while 10 others were wounded in Action. The affected soldiers have been evacuated accordingly.”

The troops had earlier in the week, engage terrorists, killing over five and recovering arms and ammunition.

Similarly, the MNJTF also conducted air raid at the Headquarters and logistics base of a top ISWAP commander, Abu Talib, in Arege and Malkorony, with several terrorists suspected to have been killed.