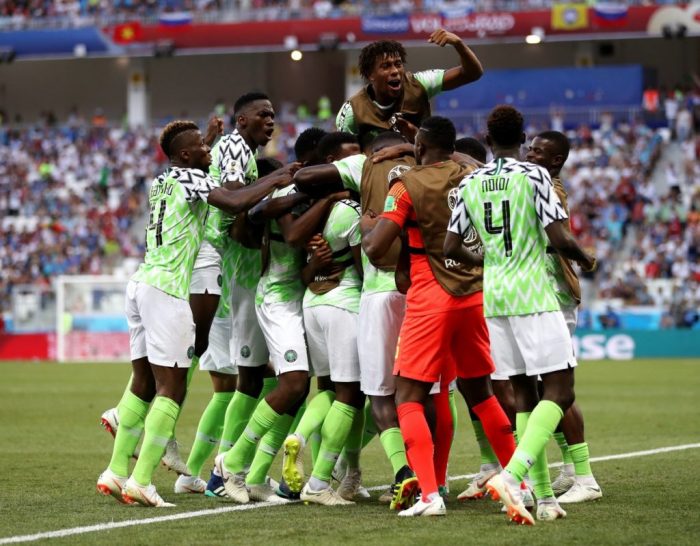 Sports Writers Association of Nigeria (SWAN) on Sunday, urged the Super Eagles to shun complacency in remaining matches of the ongoing 2019 Africa Cup of Nations (AFCON).

Ignatius Okpara, Secretary of SWAN, Enugu State Chapter, gave the advice while reacting to outcome of the match between Nigeria and Burundi on Saturday.

Super Eagles defeated the hard fighting Burundian by a narrow 1 – 0.

The only goal of the match, which gracefully gave Nigeria’s senior team the maximum three points, came at the 75th minute by a Nigerian substitute strike, Odion Ighalo.

Okpara advised the Super Eagles not to be carried away by the win of the first match, adding that they should rise to the occasion and give adequate account of themselves in each game they played.

“There is no reason or excuse for them to fail or crash out in the tournament at the early stage.

“They had an early preparation; while the Nigeria Football Federation (NFF) and the Federal Government had supported them to soar higher.

“We are expecting them to make at least the semi-final stage in the present tournament,’’ he said.

Okpara, however, congratulated them for their hard fight and winning against the resilient Burundians.

Nigeria’s Super Eagles will be playing with their Guinean counterpart on Wednesday, June 26, by 3:30 p.m. local time.

Guinea ended their first game on Sunday by forcing youthful Madagascar to a 2 – 2 draw.

The Super Eagles are in Group B with Burundi, Guinea and Madagascar.