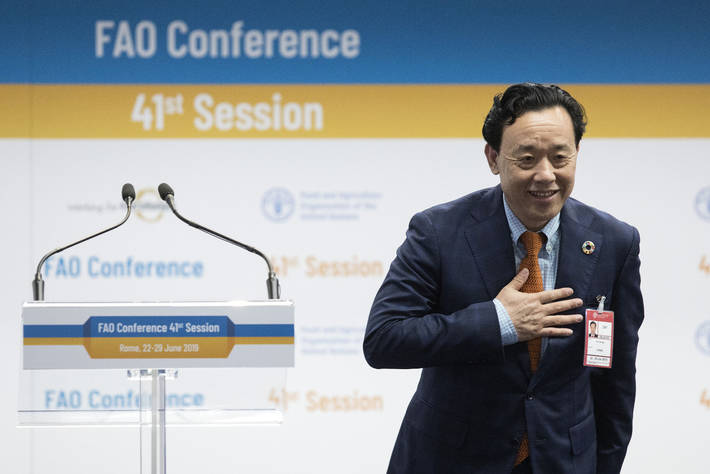 Qu was elected today after receiving 108 votes out of 191 cast, constituting a majority in the first round.

The election took place today in Rome on the second day of  the 41st session of the FAO Conference. The conference which will end on 29 June, is  the highest governing body of the organisation.

Qu Dong Yu, who was born in 1963, is currently Vice Minister of Agriculture and Rural Affairs of China. (Read his full CV here ).

He  will be FAO’s ninth Director-General since the organization was founded on October 16, 1945.

The term of the new Director-General, who will succeed Brazil’s José Graziano da Silva, will start on 1 August 2019 and run till 31 July 2023.