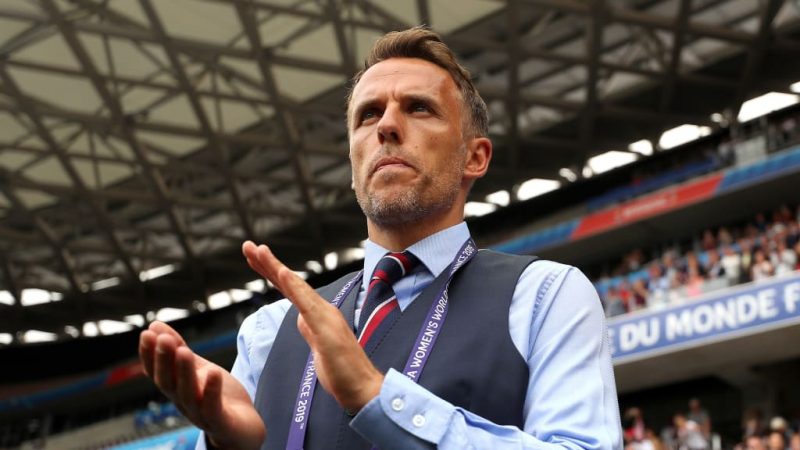 England manager Phil Neville said he was “completely and utterly ashamed” of Cameroon’s behaviour after his side beat the Lionesses 3-0 on Sunday to reach the women’s World Cup quarter-finals.

In a match overshadowed by Cameroon’s anger toward the Video Assistant Referee (VAR) over a number of decisions, Neville hailed skipper Steph Houghton who opened the scoring but was the victim of a dangerous challenge late on.

“I want to speak first. One: Steph Houghton was player of the match and can’t be here as she’s on the treatment table, from the tackle that everyone saw,” Neville told a news conference.

“She needs to recover, she’s in a lot of pain. It’s not FIFA’s fault, this time.

“Secondly, I came to this World Cup to be successful and to play a part in making women’s football globally more visible. We wanted to put on a show.

“I sat through 90 minutes of football and felt ashamed. I was proud of performances, under circumstances I’ve never seen before. I’m completely and utterly ashamed of the opposition.

England meet Norway in Le Havre in the last-eight after the Scandinavians beat Australia on penalties on Saturday.

Neville spoke of his worry that Houghton might not recover in time for the quarter-final clash.

“We’re concerned about her, she’s not someone that stays down. It was a late tackle and we’re going to have to do everything possible to get her fit for the quarter-final,” he said.