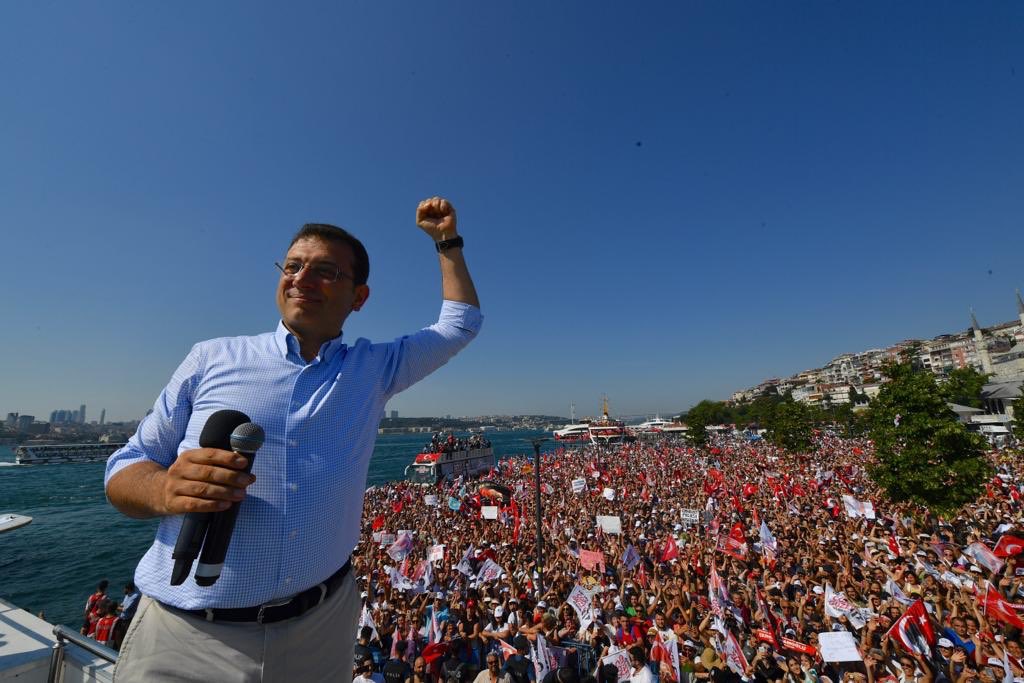 About 10.5 million voters in Istanbul went back to the polls on Sunday to choose between 49 year-old opposition candidate Ekrem Imamoglu or the ruling party’s candidate Binali Yildirim, in a re-run of the mayoral election.

The election is seen as a big test of Turkish democracy as well as President Recep Tayyip Erdogan’s continued popularity at a time of economic trouble.

Election authorities annulled the first vote in March after Erdogan’s party alleged corruption in a count that showed the ruling AKP’s candidate had narrowly lost.

Polling stations opened at 0500 GMT and voters have until 1400 GMT to elect the new mayor.

Critics say Erdogan simply did not like the March 31 result, after Imamoglu, a little-known former district mayor snatched victory for the opposition by just 13,000 votes.

The city of 15 million is Turkey’s economic powerhouse and has been a crucial source of patronage for Islamic conservatives since Erdogan himself won the mayorship a quarter-century ago.

Imamoglu of the secular Republican People’s Party, has become a household name since being stripped of his victory.

He has vowed a “battle for democracy” and used an upbeat message under the slogan “Everything will be fine”, in stark contrast to the usual aggressive name-calling of Turkish politics.

His opponent Yildirim is a mild-mannered Erdogan loyalist who oversaw several huge transport projects and served as prime minister.

Fearing fraud, the opposition has mobilised an army of lawyers from across Turkey to monitor Sunday’s election, with the Istanbul Bar Association unfurling a huge banner at their headquarters that reads: “Stand guard for democracy”.

The March election showed Erdogan’s party remains the most popular in Turkey, adored by millions for overseeing dramatic growth, fiercely defending the country’s interests abroad and allowing religious conservatives a seat at the table.

But double-digit inflation and rising unemployment have dented Erdogan’s reputation for economic stewardship.

Analysts warn he faces a “lose-lose” situation on Sunday: an embarrassing second defeat, or a victory that the opposition will claim was stolen out of their hands.