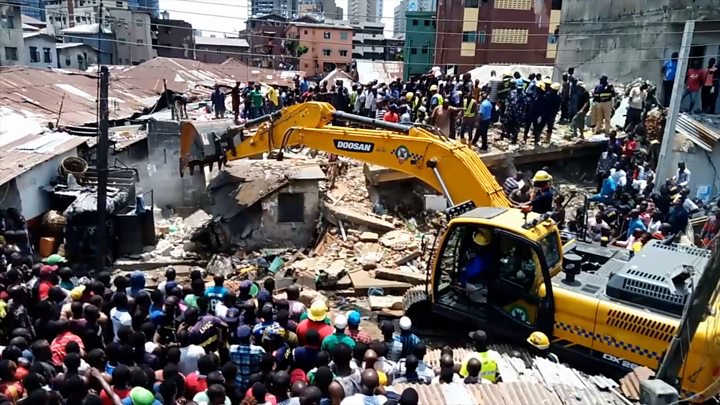 The Lagos State Government says it has commenced a clinical follow-up and rehabilitation for victims of the Itafaji building collapse in central Lagos.

Dr Titilayo Goncalves, the Permanent Secretary, State Ministry of Health, said the follow-up was to ensure that victims of the unfortunate incident recovered fully.

It will be recalled that a three-storey building with a penthouse collapsed on March 13 at Itafaji area of Lagos, leaving 20 people, majorly school children dead, and many others injured.

It was also gathered that one of the floors of the building housed a nursery and primary school.

Goncalves said: “What happened is quite unfortunate, and we do not pray for a recurrence.

“But moving on, the government being responsible and responsive, is concerned about the health and wellbeing of the citizens.

“As such, the government is providing this clinical follow-up and rehabilitation session to ensure good health for victims of this incident and help them recuperate.

“The follow-up includes a mental health treatment for those who may have been traumatised by the incident.

“Mental health talk and support is being offered by our trained psychiatrists, grief counsellors and social workers.

“This is because some of them, after such a traumatic incident, require mental health support to help them overcome their grief,” she said.

Also, Dr Funmilayo Shokunbi, the Director, Medical Administration, Training and Programmes in the ministry, said foodstuffs, school kits and other items would be provided to the victims to aid their process of recovery.

Shokunbi said the items were donated by the state government, Oba of Lagos and other well-meaning individuals.