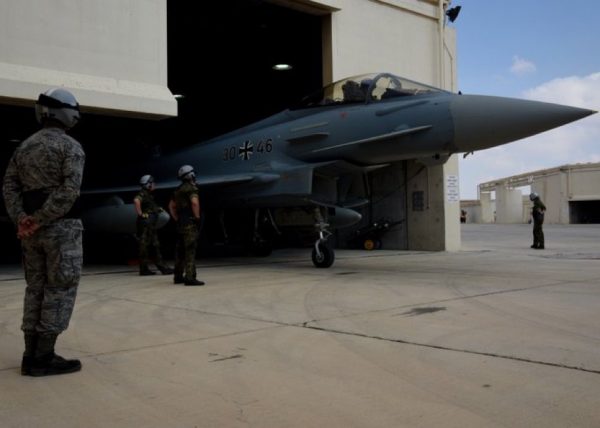 One of the Typhoon EF2000T jets that crashed today

Two German Eurofighter jets have crashed in the north-eastern state of Mecklenburg-Western Pomerania, the Interior Ministry has confirmed.

The planes have reportedly fallen into a residential area, according to the German media. however, reports said the pilots of the Typhoon EF2000T jets ejected safely.

The accident during a training flight happened over northern Fleesensee Lake near the town of Malchow, a tweet showed. Another tweet said the crash has triggered some forest fire, which is spreading because of drought.

*This is a developing story. Details later