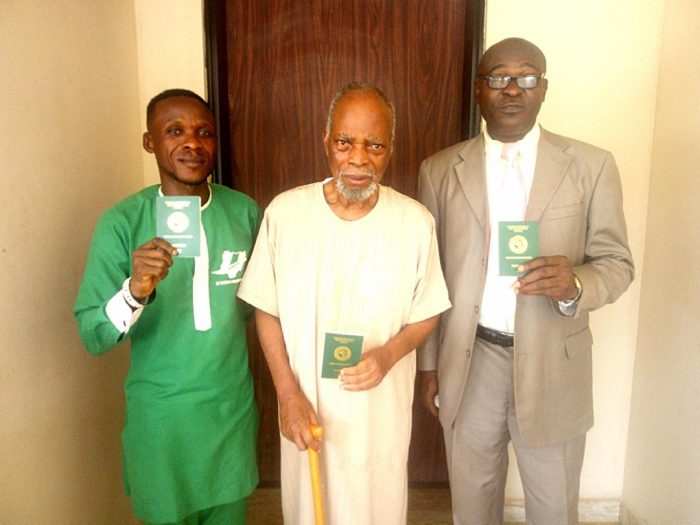 Ambassador Tolulope Ayodele, Evangelist Bamidele Olumilua and during the visit

Former governor of the old Ondo State, Evangelist Bamidele Olumilua has advised Nigerian youths not to engage in negative use of the Nigerian e-passport.

He also appealed to both the old and young not to commit any form of crime with the new e-passport at home and abroad.

Evangelist Olumilua gave the advice when he received members of the ‘my Nigeria epassport project’ (Mnepp) led by its president Ambassador Tolulope Ayodele in his house at Ikere Ekiti in Ekiti State.

Olumilua who promised to support the e-passport project also called on the Federal Government to throw its weight behind the project to give it official backing.

”There is need for the Federal Government to support the project so as to give our epàssport a boost internationally. We need to renew our image as a nation and gain more trust just like in the past.

Responding on behalf of the e-passport project team, Ambassador Ayodele thanked the elder statesman for granting the them audience, adding that the visit was to intimate him with the project and seek his support. 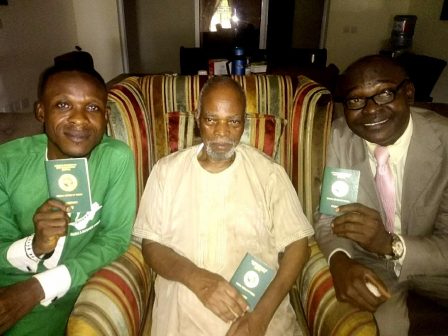 ”After a careful consideration, we have decided to make Evangelist Olumilua the father of ‘my Nigeria epassport project. His excellency is the best person to lead this great project because of his past antecedents as a diplomat to Nigeria’s foreign missions and also a former governor and Chancellor of Ekiti State University, Ado Ekiti. Baba Olumilua has helped so many people to get to the top of their career. He is a man that is loved by the past and present governors of Ekiti and Ondo states because he is like a father to all,” he said.

Also on the team was the project’s General Secretary Ambassador Olusehin Omokurolue.

Mrs Olumilua encouraged the team and advised them to visit schools and educate pupils and students on the need to respect the country’s passport.