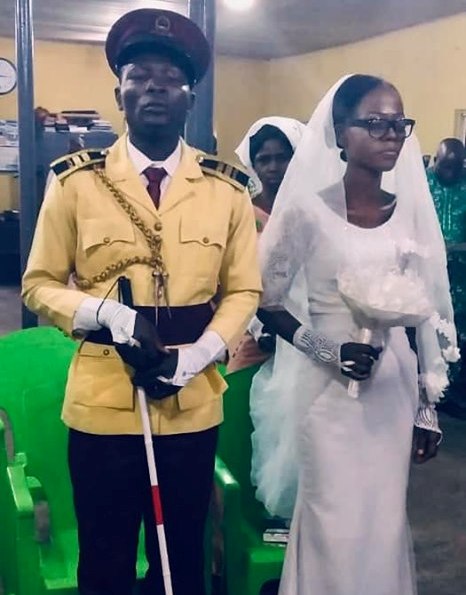 Olawale and his wife

Saturday, June 22 will linger in the memory of a blind LASTMA officer, Yesufa Olawale. That was when he tied the knot with his heartthrob, Adenike.

Olawale is known to be a very hardworking officer who lost his sight while discharging his official duties.

The ceremony was well attended by top LASTMA management staff and colour was added by the LASTMA Parade Team.

Olawale showed passion for his job when he wore LASTMA uniform for his wedding as he marched on the altar with his lovely wife.