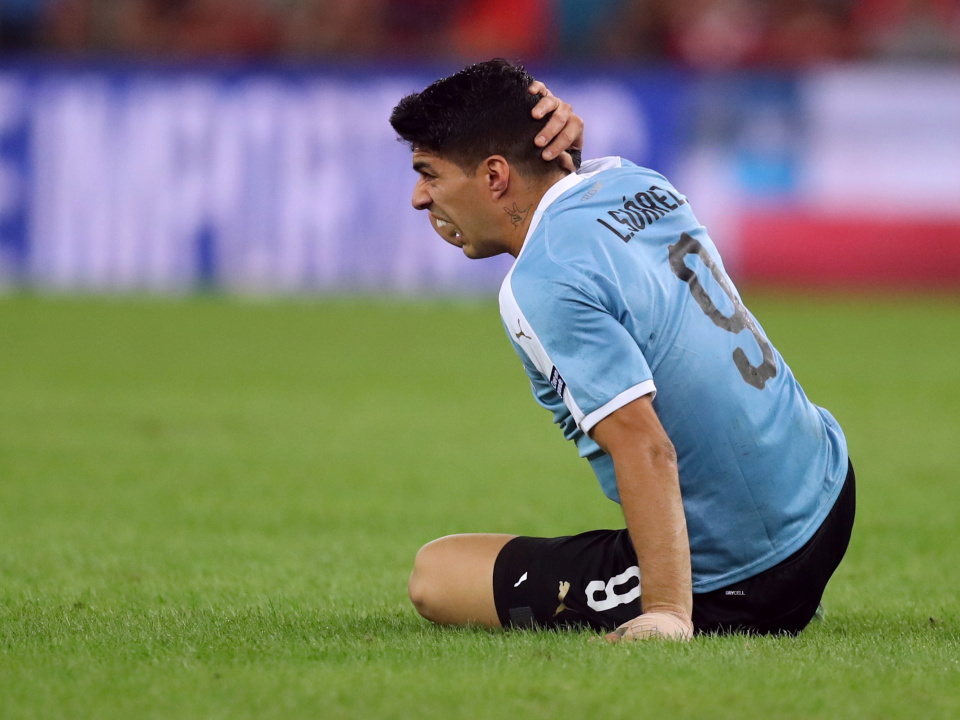 LUIS SUAREZ got the world stunned as he bizarrely appealed for handball against a GOALKEEPER who was inside his own penalty area.

The Barcelona star was in action for Uruguay in their Copa America game against Chile.

And it got even worse minutes later when he implored the ref to book Chile defender Gonzalo Jara for kicking out at a PITCH INVADER.

With 21 minutes on the clock Suarez took the ball to the right of the goal and tried to cross to team-mate Edinson Cavani in the box for what would have been a tap-in.

But Chile keeper Gabriel Arias got back in the nick of time to deflect the ball out for a corner with his arm.

But incredibly Suarez raised his arm and looked in the direction of the referee – desperate for his side to be awarded a penalty.

Another football fans described the former Liverpool striker as a “clown”.

Just ten minutes later the 32-year-old was again gesticulating to the ref – this time to show a yellow card to Chile defender Gonzalo Jara for kicking out at a pitch invader. 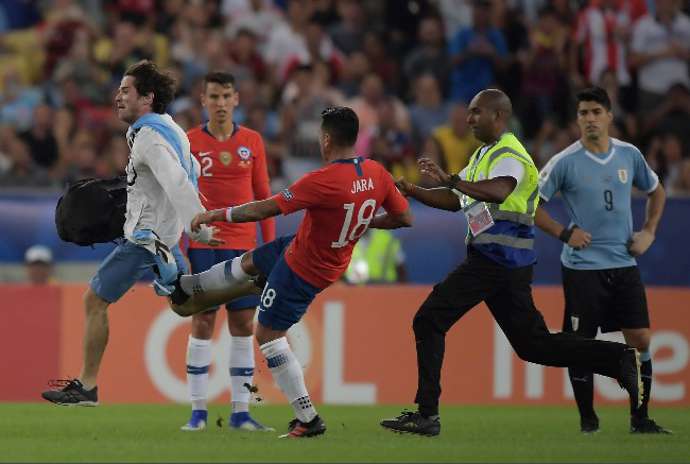 The fan was wearing a chicken head costume when he was felled expertly by Jara and escorted off the pitch.

But Suarez seemingly wasn’t too happy with the fowl play and waved his hands again at the referee.

It was five years to the day that Suarez infamously bit Italy’s Giorgio Chiellini in a group stage decider at the 2014 World Cup, which saw him banned for four months.

However, Luis Suarez latest outburst against Chile has got medical practitioners and analysts wondering if he is suffering from dementia – a general term for a decline in mental ability severe enough to interfere with daily life. Memory loss is an example.

Suarez’s strike partner Cavani later grabbed the only goal of the game which saw 15-time Copa America champions Uruguay finish top of Group C ahead of Chile to set up a quarter-final tie with Peru.